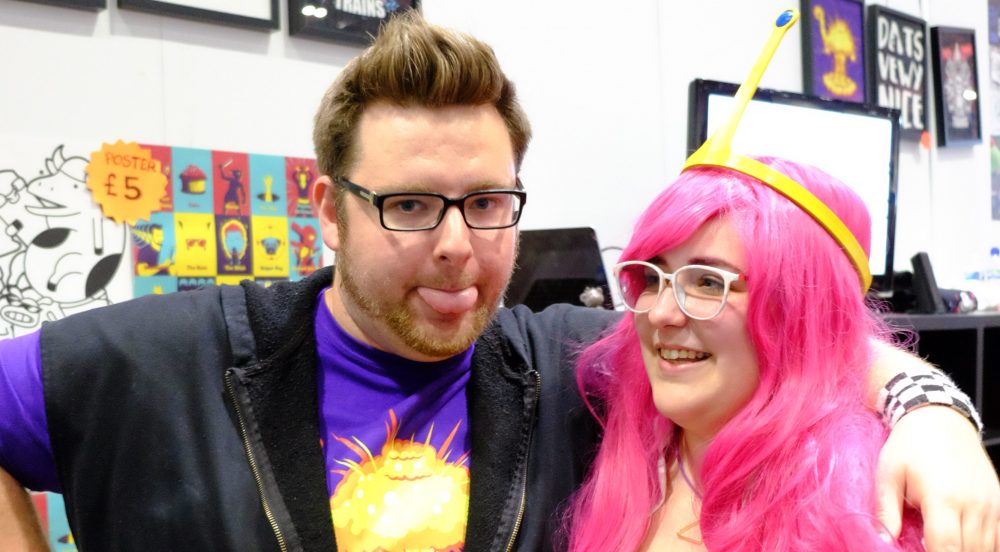 So last weekend, I dressed as Princess Bubblegum from Adventure Time for MCM Comic Con. This day was pretty significant to me in lots of ways. First, I wore a costume to a convention for the first time. Second, I met one of the YouTubers I admire. And third, I had some kinda weird exhaustion breakdown. All fun!

Onto the good stuff! Being Princess Bubblegum was exciting and a bit of a rush. I have dressed up for so many parties with friends in the past, but never played a character at a place like MCM Comic Con. I felt like I wanted to impress people and that also added some pressure! 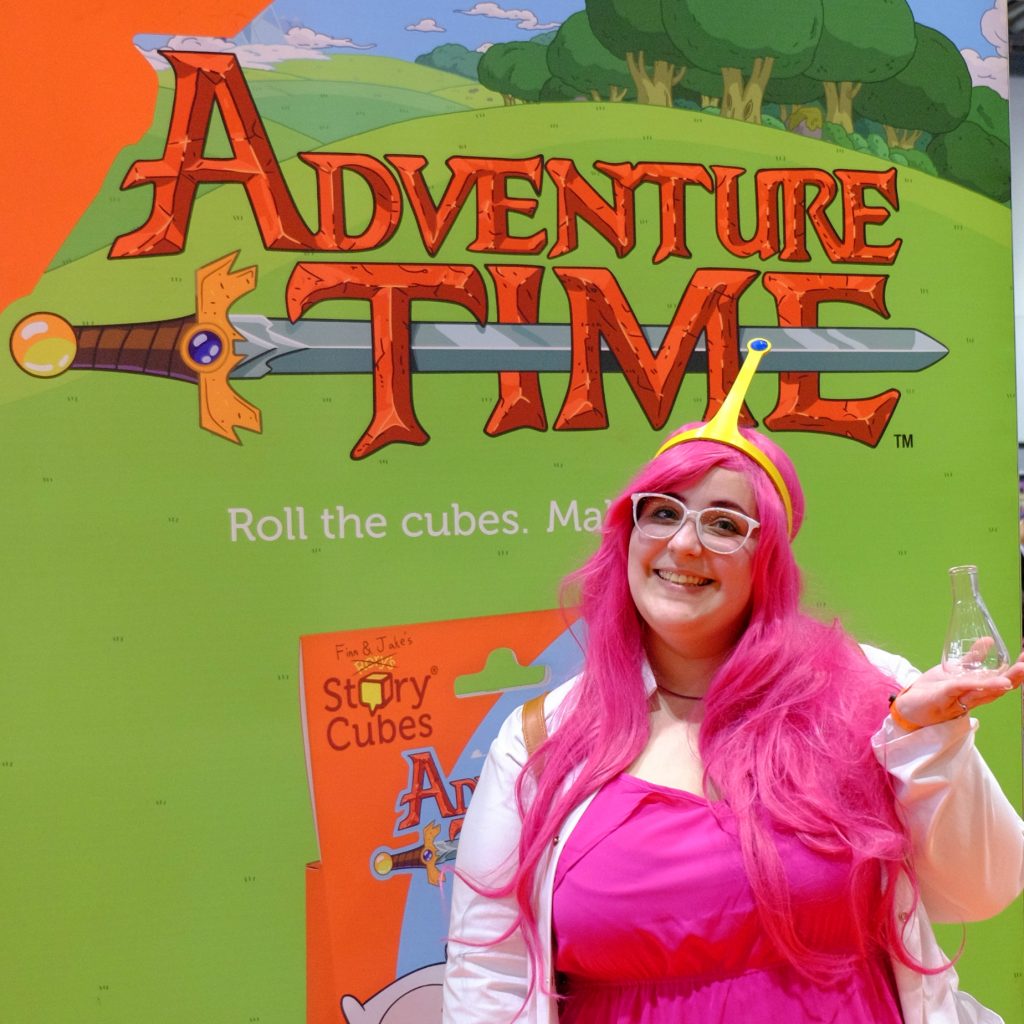 The BEST (most nerve-wracking) part was travelling on the train to London in my costume. I am so surprised I didn’t get any weird looks or mean comments, particularly in my home-town, but as I got closer to the convention more and more people in costume surrounded me on the tube and I felt more at ease! 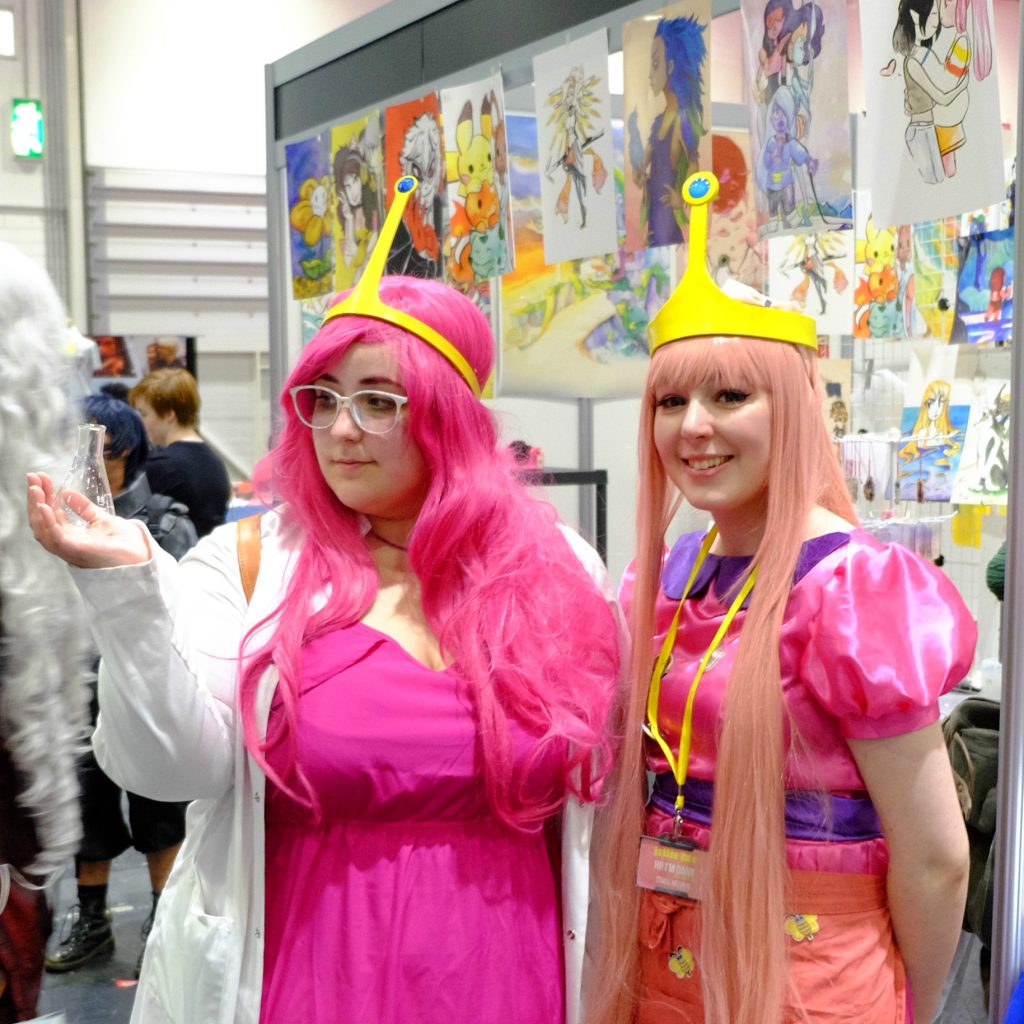 People were approaching me for pictures which was a great feeling. I even met some banana guards and another Princess Bubblegum and took the opportunity to get a picture with them. Other than this one princess running a stall, I hadn’t run into a single other PB in the whole event which was cool (and meant I didn’t feel even more pressured!)

Now onto the core of the event; meeting Tom Ridgwell (aka TomSka). He was probably the only reason I went to this particular convention, as one of my goals for before I turn 30 was to meet someone I admire. I watch his “Last Week” vlogging series (hence the title of this post), and he is probably one of the more honest YouTubers I watch. He doesn’t cut out his issues and present a perfect characterisation of himself for his audience.

Above all he is really funny, and that’s something I really value in people. The ability to make people laugh. It’s something most of my friendships have been built on. However, when I met Tom that day and I stood in the queue, I noticed the blank look in between the smiles his fan’s cameras. I wanted to check he was okay. 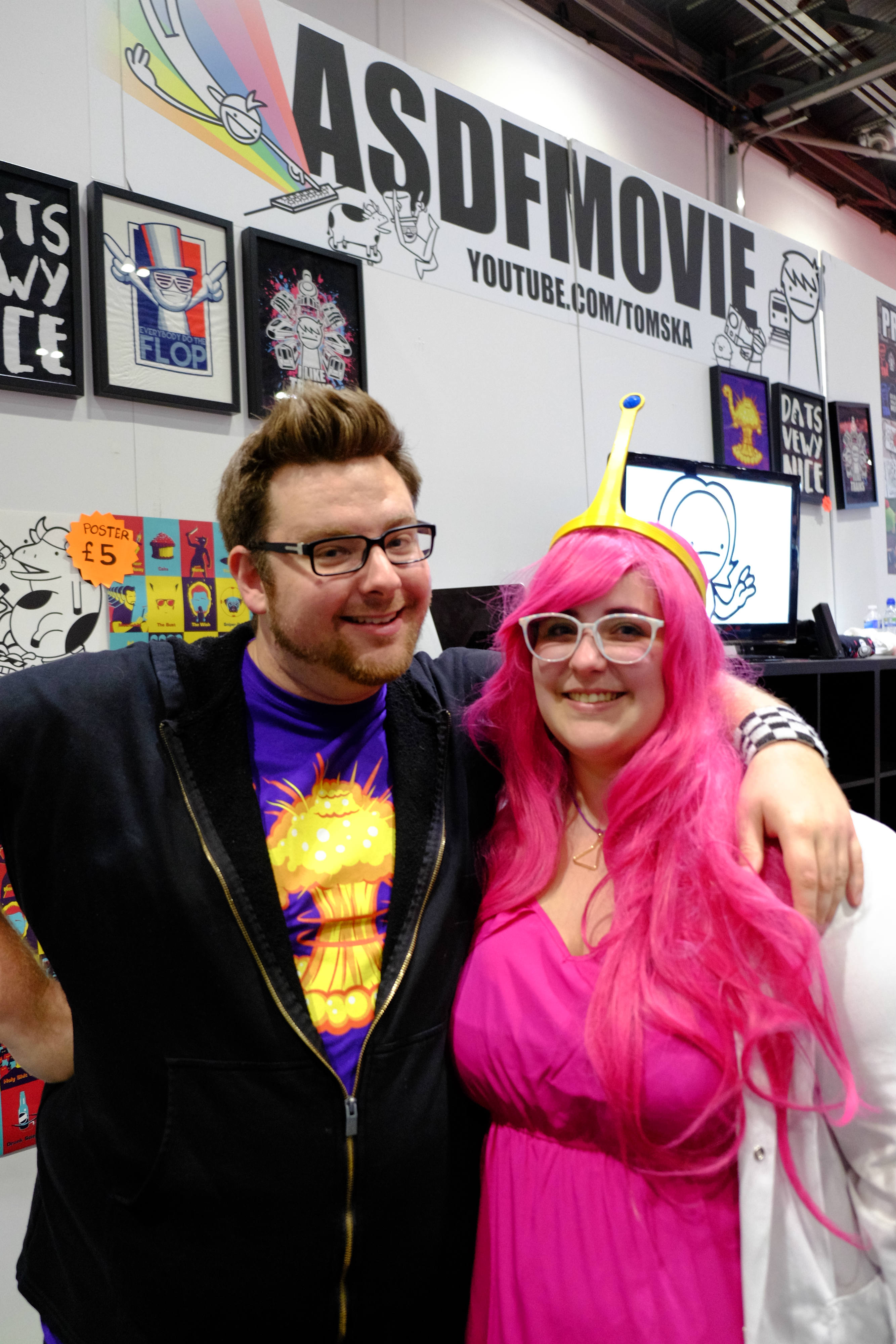 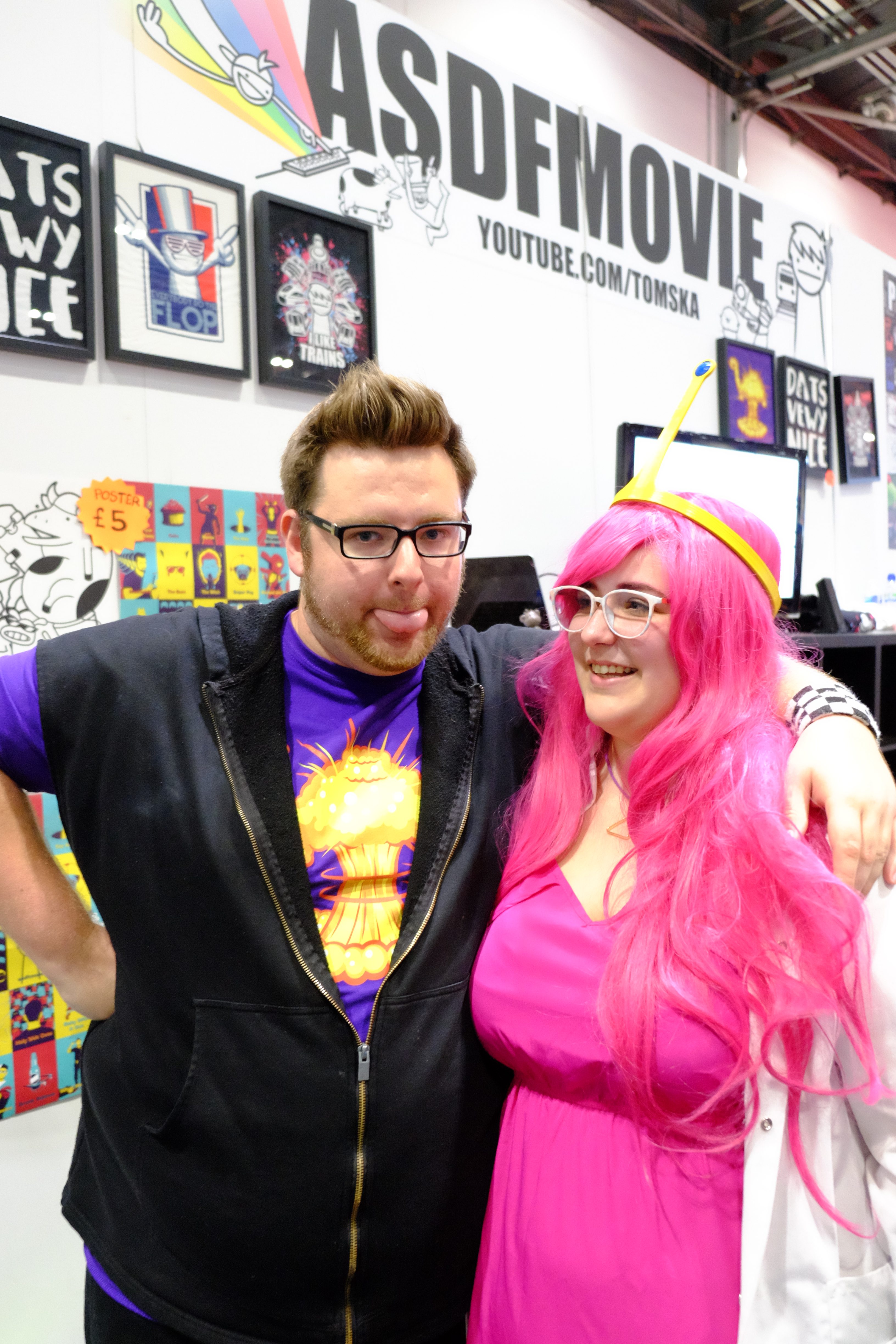 So up I walked, this real-talking 28 year old in a Princess Bubblegum costume. I wanted to give him a break from the screaming 15 year old girls and their fake panic attacks. And at this point I forget that he doesn’t even know me because I feel I know so much about him.

Then I realise, they just meet you for a fleeting moment even though they make such an impression on you. Perhaps I was a little forward but, I decided to talk to him as I would anyone I saw struggling and just try to chat with him like a human… I wanted to be someone real, despite the costume. Hopefully that came across, but who knows. 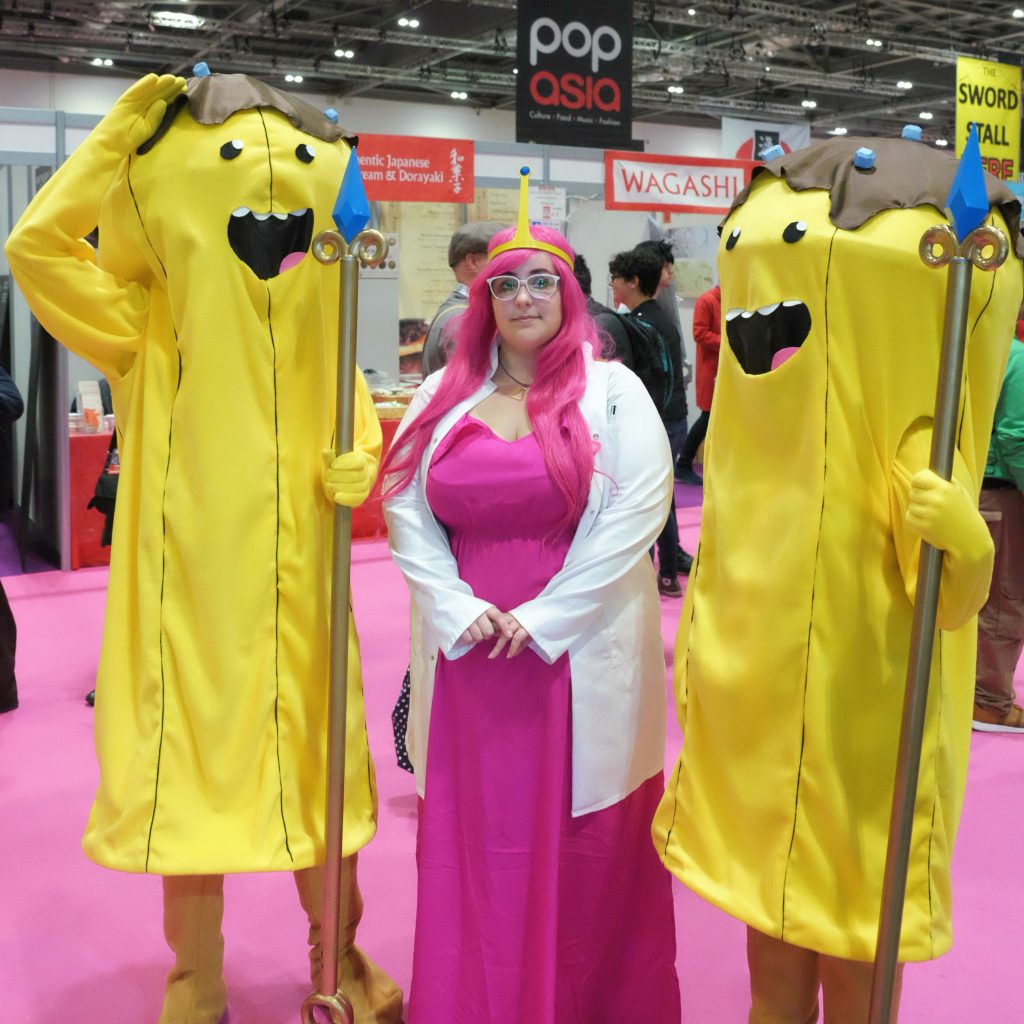 I don’t know whether I was exhausted or just over-stressed but whatever the cause… I had a bit of a meltdown. Just a mental blackout where I couldn’t really take anything in! It made me just float around the rest of the convention without a second glance at anything.

It felt like tunnel vision and as soon as I got home I fell asleep and have taken a full week to recover enough to feel well enough to write this post. I hope to just not put myself in that kinda situation again… I think next time I will stick to Birmingham Comic Con as it’s close by, more casual and it will give me more prep time and less travel time!

A few more pics of my costume (before I stopped feeling SUPER AWKWARD!) 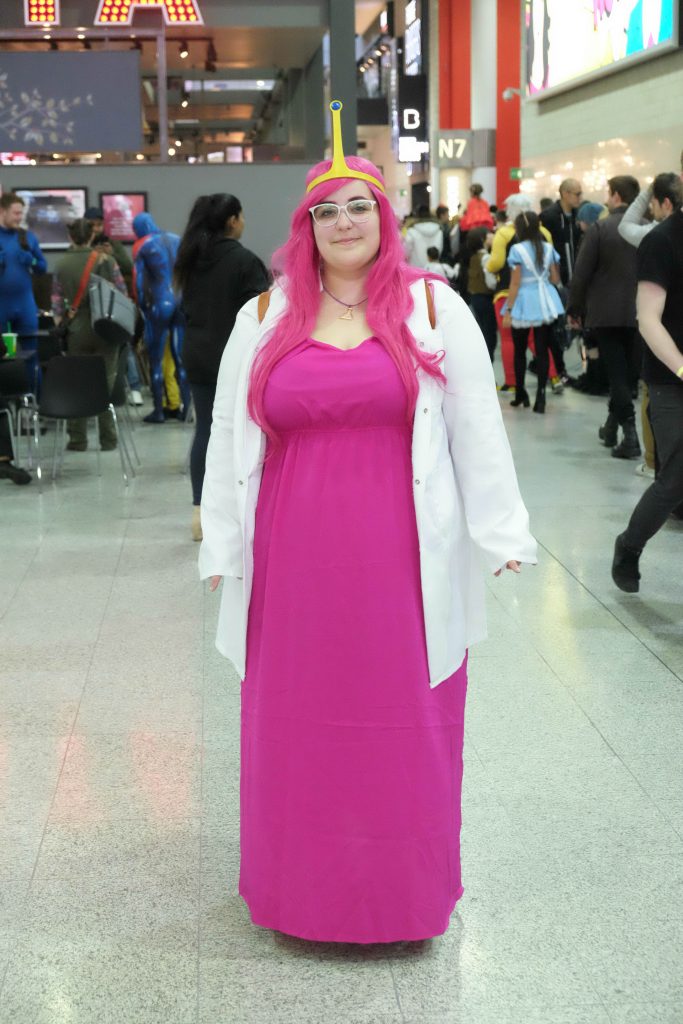 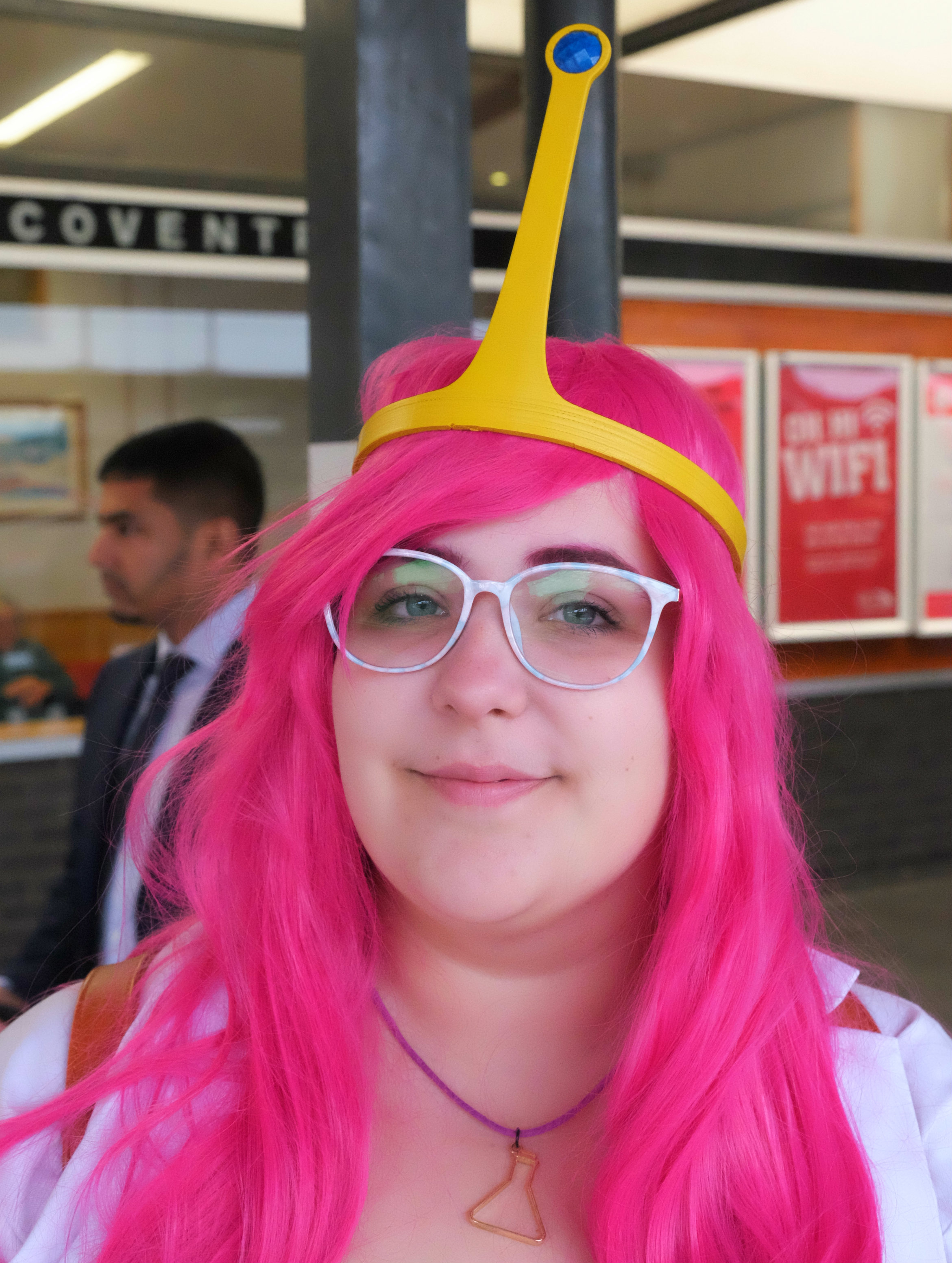 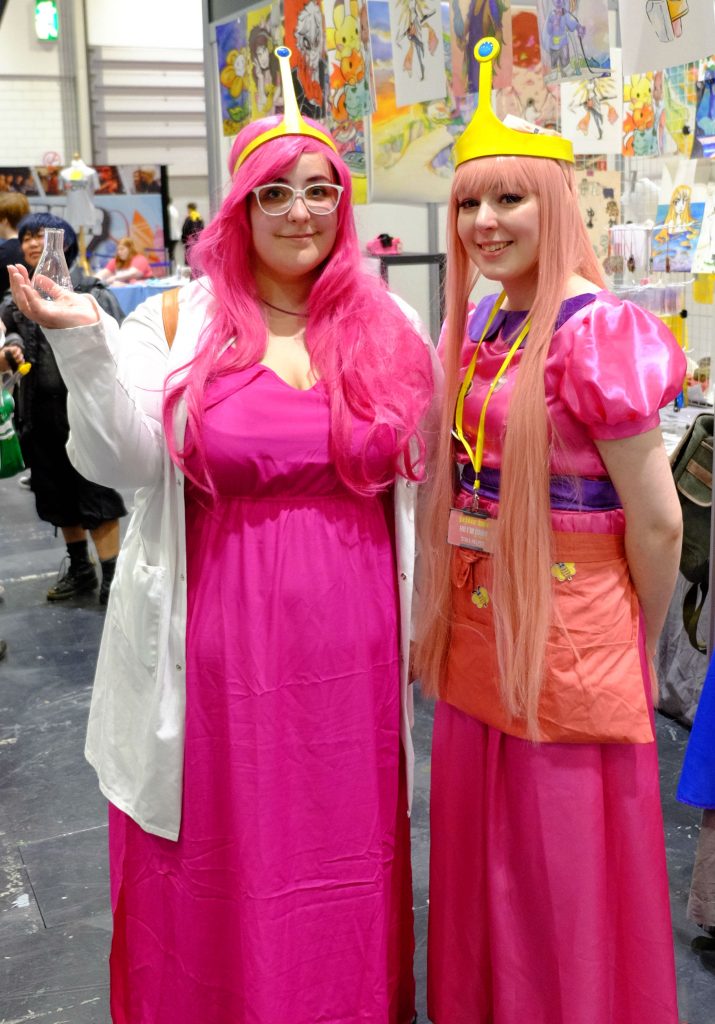