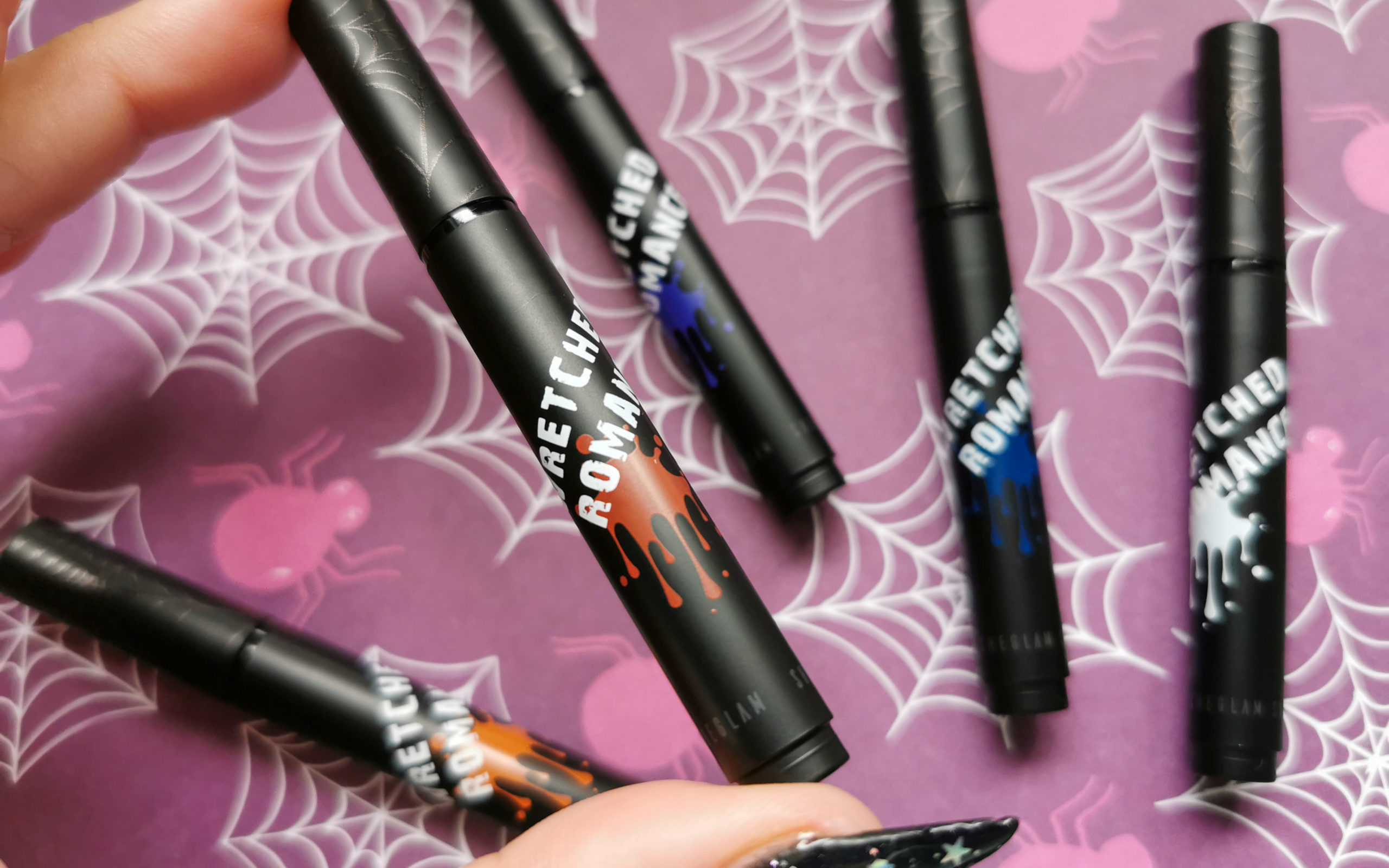 I don’t do this often – in fact I’m not sure I’ve ever done a make up review before… but there’s a first time for everything! I wanted to review this Wretched Romance eyeliner set I got from Shein for Halloween. So here are my thoughts with ratings out of 5.

I was shopping around for other Halloween items on Shein (my new go-to for clothes) and found that they also did a small range of make-up for Halloween too. I was in the market for some liquid eyeliners since I’ve seen all them young’uns on Tiktok using them. In this pack you get 5 eyeliners for £8.49 so… I thought I’d give it a go!

I also really liked that they’d named the colours – Ghosted, Gore-geous, Bitten, Blue Smoke and After Dark. I admit, I didn’t check beforehand to see if these were cruelty free but after doing a little check afterwards I realised that they were. Phew. See: About Sheglam

Upon first receiving them I really liked the packaging, it was really cute with the little spiders and fit with the spookiness of Halloween. I opened the pack and feeling each individual liner there wasn’t that much in them at all. It felt like 5ml or less in each one quite honestly… I missed the part where each one weighed 2.5g…

Now for trialling the colours, I decided to do a small swatch on my hand first. When making the swatches, the feeling was that these were a lot less bright than indicated on the original image but were still pretty colours. The purple was more lilac, the red was more of a rust colour… the white and blue were just about true to the colour. I was impressed that the white wasn’t too see-through.

I tested out their resilience too by wetting my finger and rubbing them and they did stay on really well. They barely came off and it took quite a bit to remove them. They did come off straight away with make up remover wipes though, which is good. So I tried them on my eyes (excuse the eye bags, I wanted to leave it as natural as possible to get the true colours). I really liked how much the orange and red colours made my blue eyes pop! The purple and blue seemed to emphasise the purple tones under my eyes though…

I don’t really have a rating system for these things other than stars, but I’d say these Wretched Romance Eyeliners are probably good for those of you who aren’t sure what colours suit you. If you want a full range of colours to try out before committing to a single colour from another brand then it’s maybe worth it – for £1.70 a try it’s not so bad!