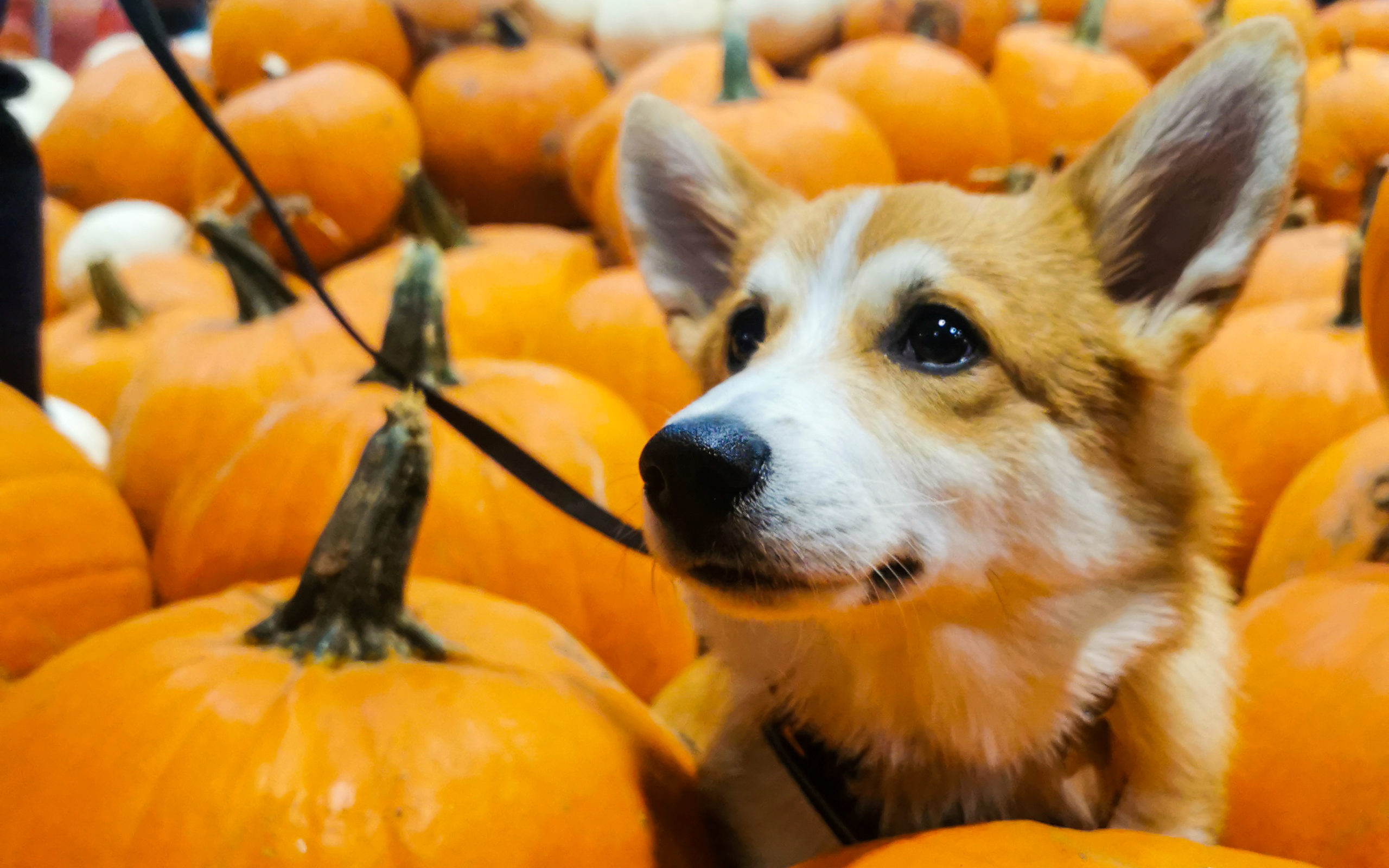 What a difference a week makes! I visited the pumpkin patch near Coventry – Pumpkins R Us – last week, and again this week with a different group of friends… and it was an entirely different experience!

I decided to dress up in my green wig and alien accessories, as there’s no better time to try out new looks than Halloween. If it doesn’t work then you can always just put it down to Halloween styling! That said, I personally LOVED this green wig on me. I’ve wanted this colour hair for ages but as I’ve had it red for so long I’d need to fully grow it out if I were to change it to this colour. Also, it’s not exactly office friendly. *ugh*

Anyway, I dressed up all special-like to go to the pumpkin patch and I was *horrified* by the amount of people they’d packed into the place. What had been a leisurely stroll around last week, was like stepping into a kid’s playground… but with extra adults. They packed what must have been over 200 people in there and we couldn’t move for people. It would have been overwhelming for me pre-pandemic, but post-pandemic I was practically comatose.

My friends brought their doggy along (my dear nephew) and I managed to take this darling picture of him in the pumpkins, but he was getting very distressed too! The noise was just unpleasant so we scarpered through after taking just 2 or 3 pictures. Since I’ve been there, I’ve also felt slightly under the weather – children are plague monsters.

After bypassing the majority of the pumpkins, and picking nothing up, we looked at the Halloween shop but then decided to not bother grabbing anything as the queues were miles long. It actually blocked off the cool creepy tunnel… and we left within about 15 mins! It was nothing like the previous week where we’d had such a good, chilled time.

I decided to take a few more pictures before taking the wig off. It wasn’t so bad as I was wearing it outside but it did squish my head a bit! I decided to grab my cat and go out in the last of the sunshine before it went away. Then it was straight into a D&D session as a lovely way to end the day!