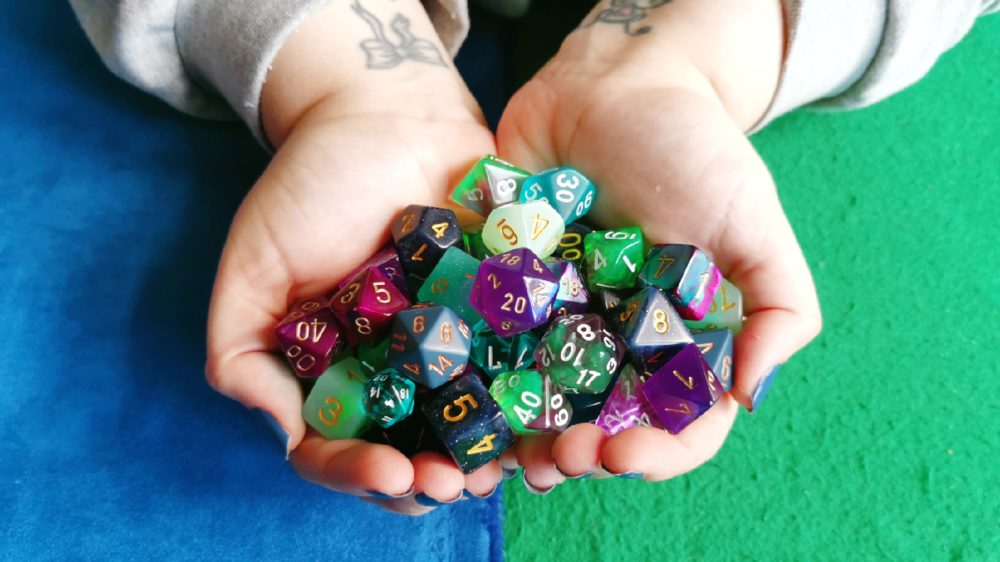 My first ever character was a Rogue, but that just didn’t suit me. Being the stealthiest and the first to react was fun, but playing a Bard just levelled up D&D for me and turned it from something good to something great.
Here’s how to effectively play a bard in D&D!

Are you the life and soul of the party? Do you mind getting a little silly? I mean, you’re playing D&D so you probably don’t mind getting into character. If you love role playing, then you might want to try being a bard – often performers, they require a lot more role play than a smash-and-grab fighter might and they really come into their own during RP sequences…

That’s not to say you can’t be a bard regardless, just you might want to steer away from it if you’re a bit shy. If you’re normally quite flamboyant, bubbly or outgoing but find you can’t RP as it’s your first time playing, don’t worry! Your character will grow with you as you get more comfortable.

When Rolling up Pick your Stats Right!

When you’re rolling up for your attributes before you begin, if you roll a variety of scores, your top score should be allocated to Charisma, and the second should be put towards Dexterity. Pick things which as a bard, you’re going to need! Charisma will help with things like performance checks – something you’ll need if you use your instruments!

Bards can have some pretty handy spells if you use them tactically! Ranged spells are usually best, and if your party doesn’t have a healer then healing spells can be pretty useful. (Although Clerics are definitely the best for that.) My spells are a lovely balanced mix of healing, psychic damage, protection, evasion and manipulation – something which all bards will boss.

Don’t take yourself too Seriously!

Quite often, people can play D&D way too seriously, which is why bards tend to get this bad rep (people say that they’re annoying, don’t do anything useful or are cowards.) Quite the contrary, I feel like I’ve done more to benefit the party as Quinver, my changeling bard, than I have as my previous rogue character. It’s all about how you can use your charisma to help the team.

Pick a Race that Compliments the Class

Depending on what playable races your DM is choosing, you could play as a race that compliments bardic nature. As a changeling, who can shape-shift at will, it really helps with the actor side of the bard as I can change my appearance as much as I please. If you’re working from the Player’s Handbook, you’d be well suited to something with natural charm and charisma… like an elf.

Don’t run into the Fight!

You’ll notice as you level up, your spells will not cause as much damage as other people’s and you’ll be quite squishy compared to others when it comes to HP… Invisibility spell has saved my character more times than I can count! Where bards really come into their own, is during RP sequences and tasks which require cunning, avoidance or deception, and also helping others to succeed!

Don’t forget to be Inspiring!

One of the best things you can do to help your fellow players, is inspire them! Of course, by playing the game FABulously but also, within combat. If you use your bonus action to inspire other players, then the dice counts towards their attack rolls or checks. It could be the difference between a hit and a miss against an enemy creature!

Hope this helpful guide encourages you to play a bard!

If you’ve ever played D&D before, leave me a comment with your character! Or let me know what you think about Bards?? Personally, I think they’re a severely under-rated class! Although a party of bards would get NOTHING done…