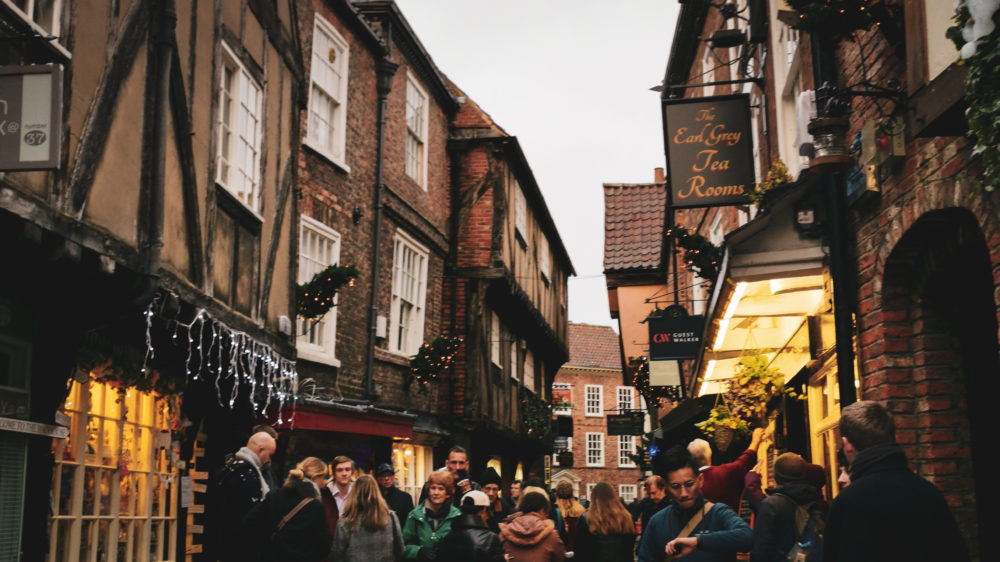 It’s been a little while since I got excited enough about something to put up a Harry Potter related post, but after my recent trip to York, I just had to. After visiting The Shambles which was actually one of the inspirations behind Diagon Alley, I was immersed once more into the world of Harry Potter.
Check out some of my favourite shops!

The Shop That Must Not Be Named

I’d have to say by far, this is the best Harry Potter merchandise store I’ve ever been in – and I’ve been to a fair few! It had such a great selection of house goodies – the Ravenclaw section of course was my favourite- and it captured the ambience of the wizarding world so perfectly with it’s subtle music and entrancing displays!

The wand section was particularly awesome, since they had every wand available that there is to buy – on rotating displays! I particularly liked that they’d categorised them into character types too (students, professors etc) – it really spoke to my inner Ravenclaw desire for order!

There’s a quaint little book shop, quirky little independent stores, tea rooms and cafes, wool shops and merchants – all with the same old fashioned frontages. There’s something really beautiful about how the shop window displays are laid out behind the old Victorian windows and the snickelways weaving between the buildings… Just glorious!

World of Wizardry / The Boy Wizard

A duo of shops (that seemed to be working in cahoots with one another!) selling all sorts of wizarding wears! These were the first shops I saw on the street, and they made me immediately fan-girl squeal… although they seemed a little bit more commercial than the aforementioned shop that must not be named. Actually, although it was lovely to see so many wizarding shops around, I didn’t take any pictures inside because I was less impressed… so enjoy another picture of The Shambles instead!

I really enjoyed the way that The Potions Cauldron combined science and potion making as the walls were surrounded with conical flasks and test tubes, and you got to make your own drink concoctions! Why I opted for slushies, I’ll never know as it was SO cold outside but I couldn’t decide! I also took home home a beautiful potion bottle gift set (for myself obviously) and I just can’t wait to drink them all!

Other Shops with a Magical Twist

There was a beautiful second-hand bookshop in The Shambles – the kind you could get lost in for a few hours, where there are nooks and crannies that you might fall through into another world. There are so many other shops like this dotted around York centre that have a magical theme or make you feel like you’ve stepped into the past. *sigh*

Honestly, just wandering around the whole place felt like I’d dropped into a piece of history and I absolutely loved every moment. Even the newer shop fronts were made so much prettier by the old windows so that everything just felt that little bit more picturesque. Such a brilliant place to spend the holidays!