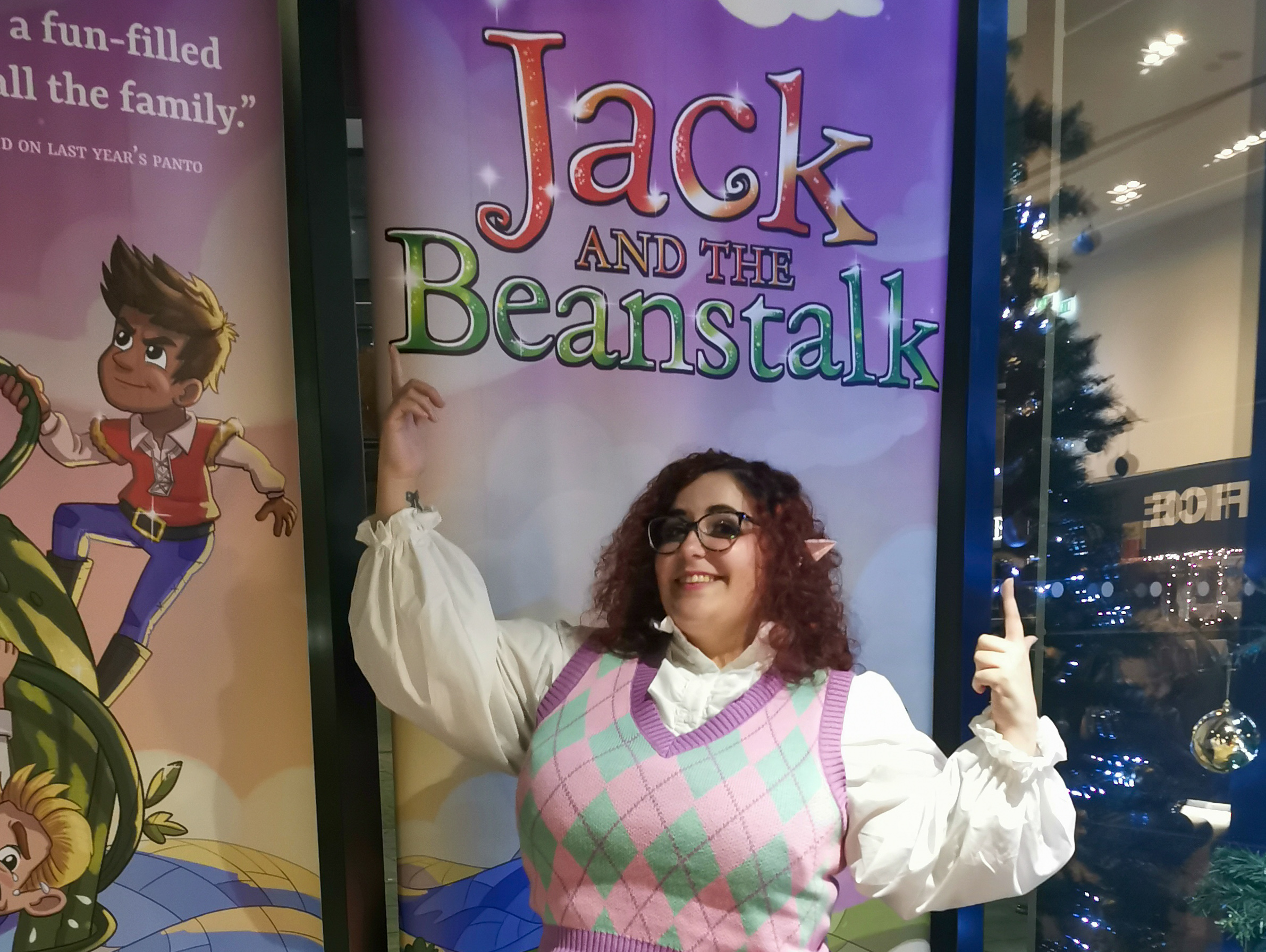 There’s something incredibly British about pantomime that I adore. There’s nothing else quite like it anywhere in the world (to my knowledge). There’s also no better traditional panto than the one at the Belgrade. This year was Jack and the Beanstalk – a classic, of course.

Something that always astounds me about the Belgrade’s pantomimes are the costumes – and this time was no different. There were SO many costume changes for a full cast, all of which perfectly complimented the gorgeously painted sets. Plus… five costume changes for Iain Laughlan done in a really short amount of time! Phew! He was, as always, absolutely fantastic as the Dame.

Jack and the Beanstalk, as you can expect, is filled with family comedy, this time in the form of pies to the face, improvised blunders and the usual hilarious innuendos! We were laughing out loud the whole way through! The thing I love most about pantomime is the way it makes you feel. You cannot possibly be sad at a panto. You get immediately swept up in the joy and laughter – something I feel like we all need at the moment.

How they managed to animate and give character to the beanstalk was also excellent and immersive – it even had its own musical number. I also really like how they take old songs and remix them / change them up to suit the situation. It’s done really cleverly. Speaking of music, the audience participation song this year was very topical. I will give you a hint – it was something that Coventry became famous for on TikTok this year…

On a personal note, I dressed up and just happened to look like an elf. My friend Lizzie dressed in a beautiful dress too and looked like a princess! <3 It was so lovely to spend some time with her and El, and it really got me into the Christmas spirit!

They’ve already announced that next years’ panto is Cinderella! I am really excited for that one! The last time I saw Cinderella was during university… so… ahem… over 10 years ago! But yes, go and see this one first! Jack and the Beanstalk is running until January – grab your tickets here – you won’t want to miss this.