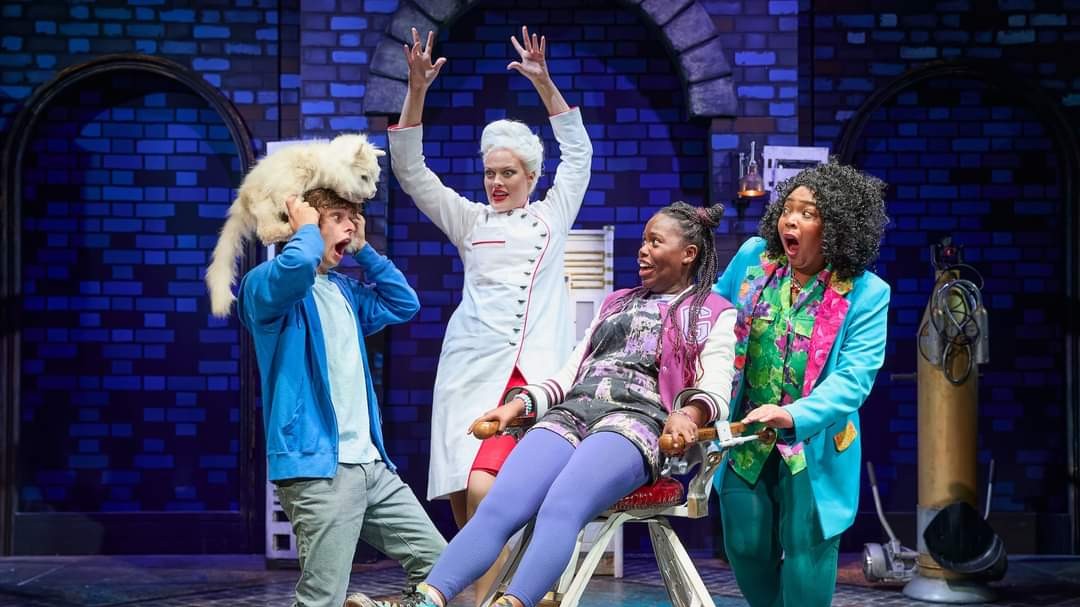 Starting off the spookiest week of the year with a trip to see Demon Dentist at the Belgrade, with a special guest blogger, Sam, who came to see the play with me!

Demon Dentist was an absolute scream! I’ve not seen many kids’ plays except the pantomime last year, but I’d be up for going to more, and taking my young friend Sam with me (and his dad!)

I asked Sam some questions about what he liked most about the Demon Dentist and here are his thoughts:

I don’t think there’s much more left to say as Sam has done such a good job of reviewing the play but I’ll try my best!

Miss Root was absolutely iconic and I wanted to be just like her! I know she’s supposed to be the villain but she had such a cool, vampy style. I think she was my favourite character too! I always love a good villain.

It was a wonderfully silly play, filled with likeable characters who were skillfully played by the actors. The costumes were bright and delightful, the music was unexpected and nicely enhanced the play. It’s something definitely great for kids – I heard a lot of laughter in the audience the whole way through!