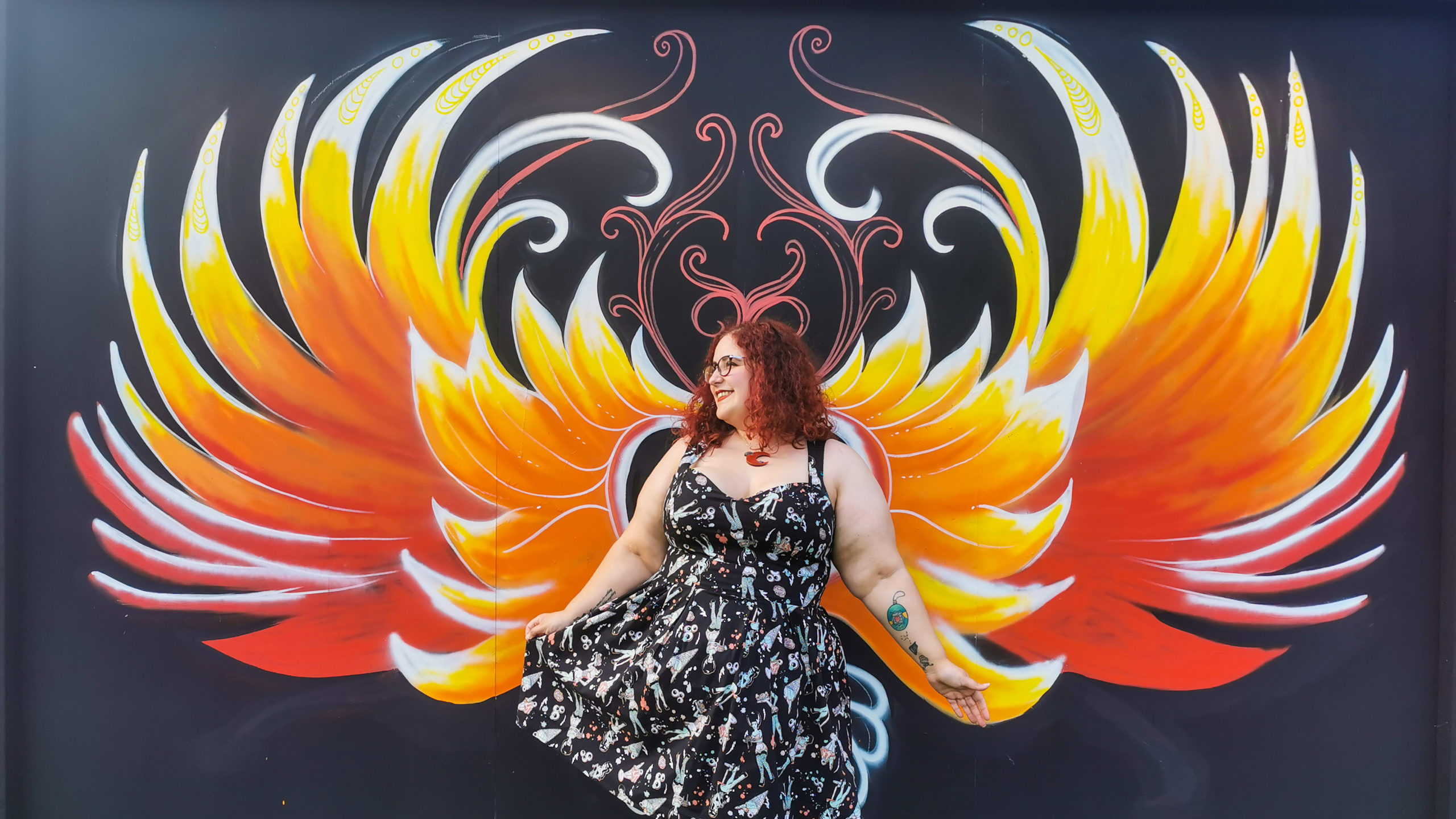 For the first time in what feels like so long I am BUZZING! I attended the opening night of Assembly Coventry – the new festival space now open in Coventry City centre as part of the City of Culture 2021. I was invited to a night of incredible entertainment, food and best of all… a festival atmosphere. How I’ve missed it! It’s been too long…

All eyes on me in the centre of the ring

I have never really believed in extroversion or introversion. Mostly because I think everyone is a little of both and we don’t need to put ourselves into yet more boxes. Sometimes I find social situations in small groups quite exhausting but also get a huge rush from them – particularly from being part of a crowd and soaking in an atmosphere. Of course, since March 2019 I’ve not been anywhere. My anxiety set in and I barely left the house. But I thought, it was about time to rip the plaster off and get back out there. Of course, I suffered for the few days afterwards as the anxiety set in… but that’s pretty standard for me nowadays.

The Assembly Festival Garden is a big open space that has the aura of a festival, but without the mud. It’s got (socially distanced) picnic tables, a huge bar, and two “tent” stages that are art deco themed… think wood panels, velvet trims and stained glass. For the opening night, we were invited to two acts which are bookable all through July, Circolombia and Choir of Man. We all had to wear masks for the performance (which I was thankful for) and I managed to get myself a private booth away from the crowds which made me feel a little more comfortable!

Details on Whats On this summer can be found here.

Circolombia were spectacular and it honestly felt like I’d fallen into a 90’s music video. It was an incredible showcase of circus skills, acrobatics and gymnastics set to a great mix of drum and base, dance and Columbian beats. Plus, two women who had such powerful voices they blew the doors off!

We then took a break while there were a few talks about the evening and a little about how and why this space is so important for City of Culture, and how it came to be. I had a sneaky vegan burger and loaded fries from Boxx ‘n’ Bar. Be warned though, it was a long wait so if you’re on limited time between two showings I’d avoid it! We relaxed in the press area for a few minutes and then it was time for act 2!

Side note: Thank you so much to the girl who complimented my look, while I was in the queue for food, and asked to draw me! I absolutely don’t know how to take such a compliment! <3

Everybody let go, we can make a dance floor

Choir of Man are a comedy choir that really bring the pub atmosphere to a large venue! Think of a rowdy Irish bar but instead of sea shanties they’re singing classic hits… and they’re all really talented! These lads were all very musically talented with pianos, guitars, trumpets and just all round excellent harmonies that brought tears to my eyes! They created an excellent pub atmosphere, which I am sure we’ve all sorely missed, handing out free beer to the crowd as they sang crowd pleasers and incredibly choreographed dance routines.

It was a really enjoyable evening and wonderfully arranged by the City of Culture team. It was so good that I’ve booked another event for later in the month! It’s going to be a reimagining of The Importance of Being Earnest with two performers! I am so happy to be out and about again in some capacity. I honestly feel like a phoenix – my energy rekindled and brought back to life!