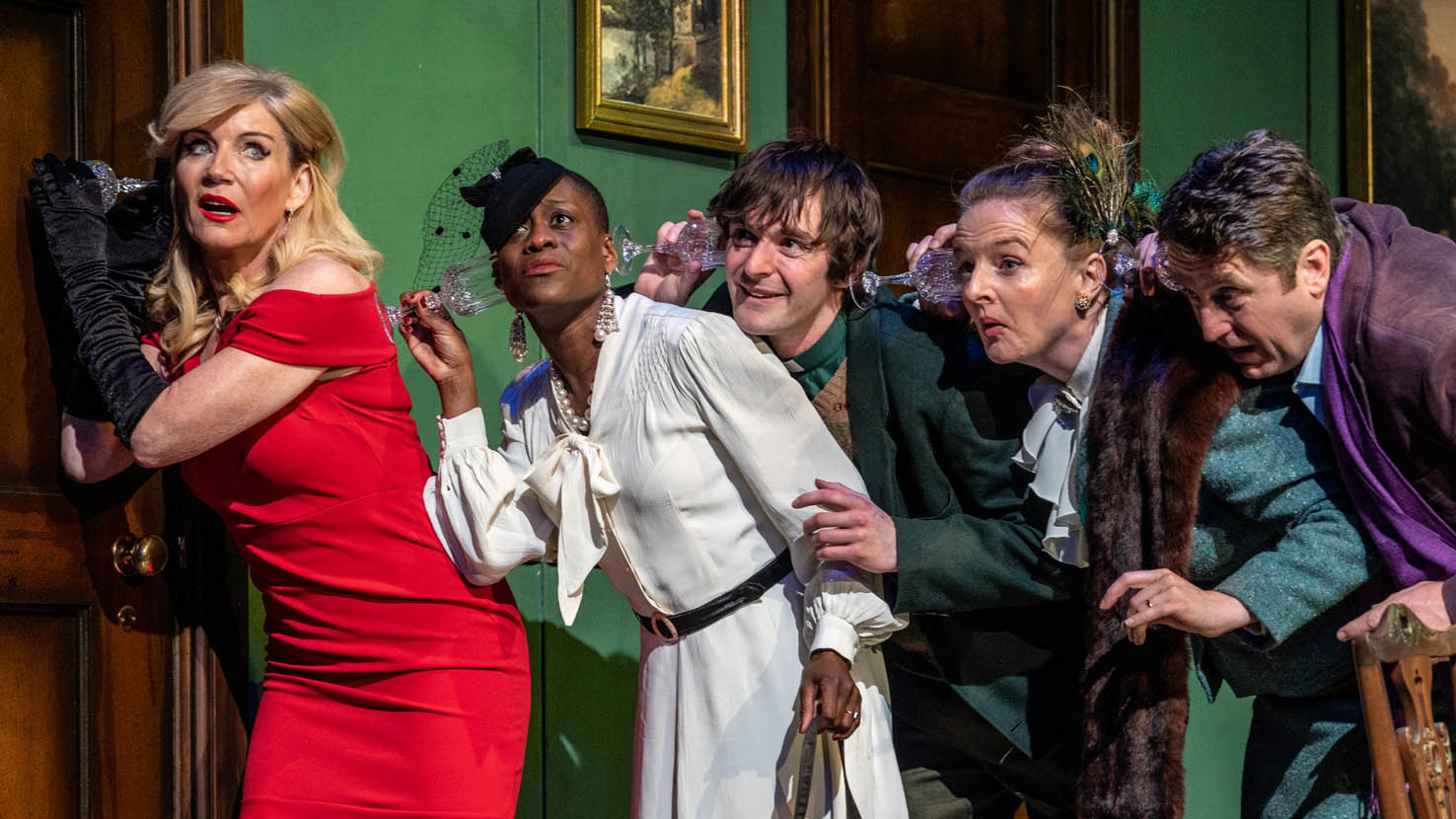 This week I had the pleasure of going to see Cluedo on stage at the Belgrade Theatre. I never thought I’d be going to see a play based on a classic board game, but I’d be up for seeing more adaptations! But of course, what could be more iconic than the characters of Cluedo…

Disclaimer: This review is from a press night invitation

In this classic ‘Whodunnit’ style play, were introduced to the Cluedo classic characters- Mrs Peacock, Miss Scarlett, Reverend Green (you know them all!) as if they were all using the colours as pseudonyms while visiting the house of a rich man who had mysteriously invited them all to dinner… They all vaguely knew of one another but none of them could quite put their finger on the connection.

The play had a fantastic slapstick humour mixed with traditional jokes and all of the cast had impeccable comedic timing. I really enjoyed the little digs at the Tory party that they managed to get in as well! I don’t want to give too much away, but what transpired was a ‘Scooby Doo’ meets ‘Carry On’ film style chase through the hallways, as murders mysteriously happened all around the characters – seemingly at random and with no motive! Of course, we later find out the details in the final scenes with a really pleasant tying up of all the chaotic loose ends!

The actors were all excellent – some of them I recognised as TV actors so I understood why they were such excellent performers. The play was really well cast with fantastic costumes, giving the characters all equal air time despite there being a cast of over eight people. I think what worked well was because everyone had a corresponding colour, it was easy to follow the story even though it was very random!

Related post: The Da Vinci Code at the Belgrade Theatre

The set design was really well done – they used a series of doors and moving walls to depict different rooms and despite it’s simplicity they were really immersive and managed to suspend our disbelief! The use of slow-motion, rewinding time and props for dramatic effect and physical comedy was spot on too and left the crowd laughing.

It was a really good laugh and definitely one I’d love to watch all over again if I could! Go and see it at the Belgrade soon, or catch it on tour!