Part of my 30 goals to complete over the next two years involves going to see a play at the Royal Shakespeare Theatre. I chose Salome by Oscar Wilde as he is one of my favourite writers. So here’s my write up – a chance for me to exercise my long-lost analytical skills and offer a mini-review of the play. The play is described as “a tragedy in one act”. For a plot write up you can click here but otherwise, let’s carry on!

The key difference between the play as it was originally told and the new version is that the main character of Princess Salome was to be played by a man. The costuming was stark and didn’t in any way hide the fact he had a man’s body (albeit a quite androgynous one). Even so after a few minutes I was entirely consumed by the story and didn’t even blush at the full frontal nudity!

Yes, you read right. A key part of the play was the seductive “Dance of the 7 Veils” as Salome is forced to perform (and remove her clothes) for King Herod. This was actually made more hard hitting for me with a man performing it. Naked women are so ever present in the media that if a woman had performed it then it likely wouldn’t have been so poignant for me. (Which is terrible I know…)

Woman vs Man vs Fate

The roles of women in Oscar Wilde’s play are clear: they are seen as manipulative, maybe even evil. However, they are also the only people that seem to know their minds; men are portrayed as indecisive. They flit back and forth between ideas very quickly and at random. This play makes you see the ideas of gender as perfectly balanced in their opposing flaws, and this gender-bent interpretation only served in making it more evident.

Another of the play’s strengths lies in its imagery. The use of colour both in metaphor and in description really set a picture that contrasts itself to the starkness of the stage and the simplistic set. One of the key metaphors was the comparison between Salome and the moon as a Goddess – positioning her both as something to admire, something influential, dangerous and beautiful without the audience having even seen her. The moon is also used to foreshadow the tragedy to come, as the audience starts to forget during the frivolity of the scene – the characters’ fates are already set out for them despite the conflict in the dialogue. 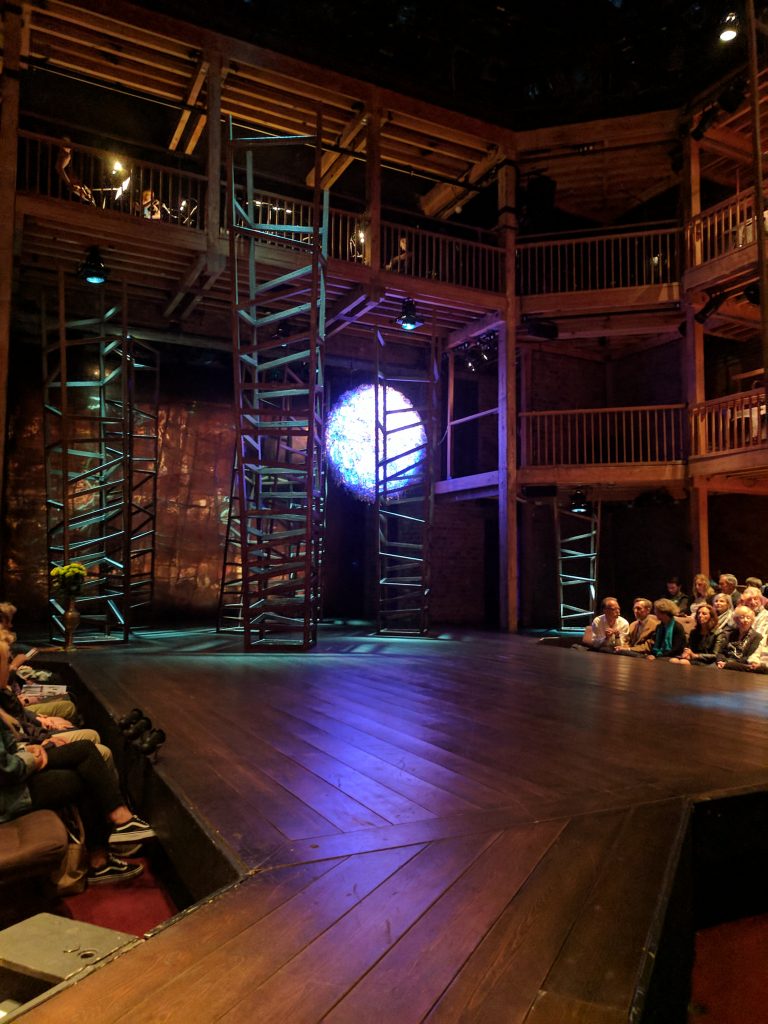 How I imagined the play to be was a lot different to how it was presented to me – but this wasn’t necessarily a bad thing! When I read it, it seemed sombre but I found, in reality, it to be dry humoured. I also think that the way the actors played it helped as they were funny and completely brilliant. Plays will always be portrayed differently as time goes on due to cultural interpretations and collaborations as they are interpreted and reinterpreted over time. 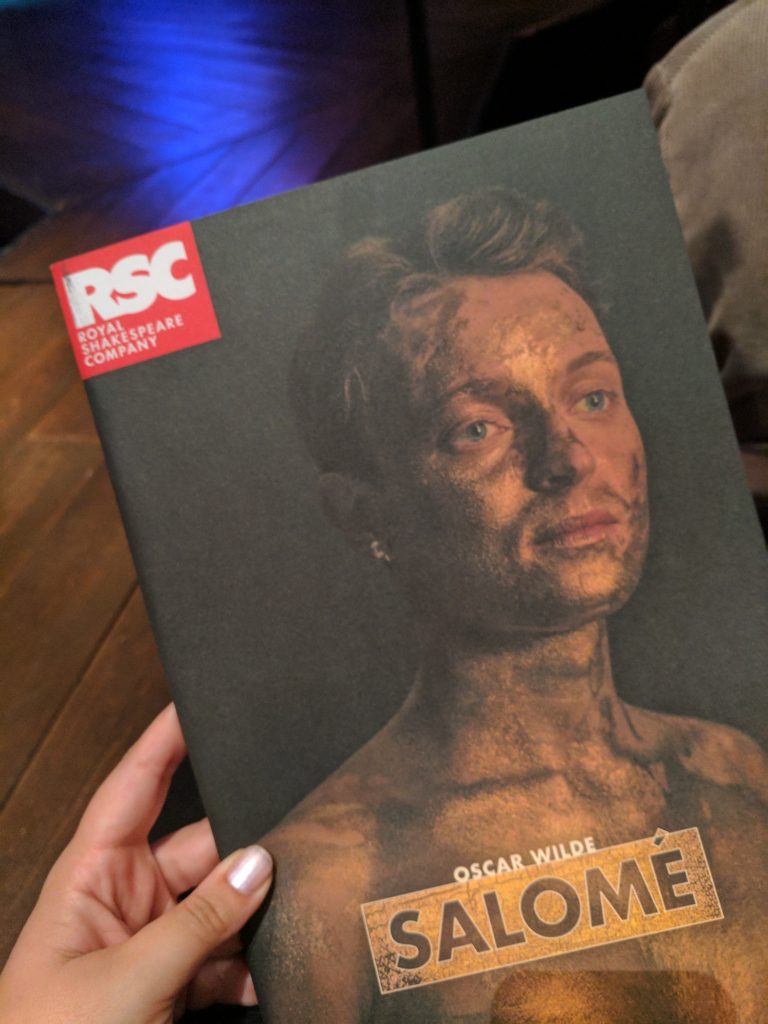 Reading this play beforehand proves to me that plays are made to be seen and not read, in order to bring life to the pages. I believe it’s part of the reason why Shakespeare fails to be taught fully in schools and doesn’t reflect well in writing. From an analytical point of view, it’s good to see things written down but to enjoy a play, to be a part of it and feel it, it needs to be seen!

Overall I really enjoyed the play, it gave me a new means to think academically and the actors/play itself was excellent.

I can’t wait to see more plays at the Royal Shakespeare Theatre and also see how Harry Potter and the Cursed Child will be represented!