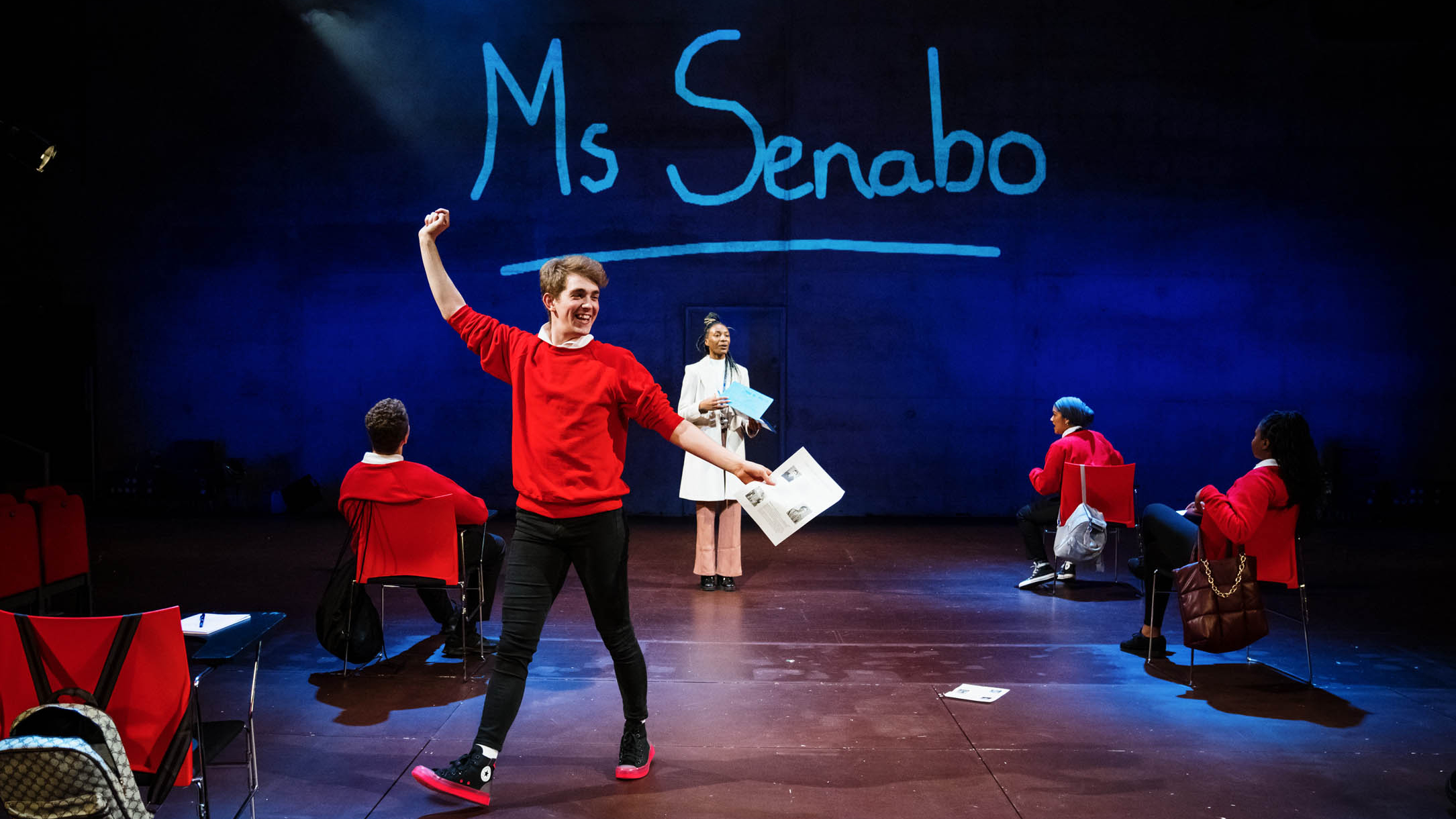 After being invited to a press night for LGBTQ+ play, I Ain’t Dumb, I took a little while to formulate a constructive review. Of course, I wanted to be kind as I don’t want to discourage up and coming talent from pursuing their goals and dreams, but I always wanted to give my honest opinion on what promised to be an interesting play but ultimately left me confused and expecting more…

I have to disclaimer that this is not a reflection on the young and upcoming actors involved, as they showed a lot of promise and most of them played their characters really well; the faults of this play lay solely with production and writing.

The use of language in the play, from what I could tell, was trying to be inclusive of multiple age ranges and harken back to their school experiences. Using words like ‘totes’ and ‘peng’ from the early 2000’s era, mixed with the latest new wave of street slang like ‘styll’ and ‘alie’… I could definitely see what they were trying to achieve, though what it actually did was create a really odd atmosphere resembling what I can only describe as time-travel whiplash!

We all know that schools are full of slang and offensive slurs, but the sheer volume used in this play was verging on gratuitous. The word ‘bitch’ featured more times than I care to share (okay fine… I checked… it was at least 18), and I don’t think I would have minded but the archaic use of slurs, like (ahem) ‘bum boys’, and ‘batty man/boys’ (used at least 10 times by the way) among others… it made me feel like they were addressing features of classrooms around 15 years too late.

Perhaps I am being naive – I am not familiar with current situations in school – but it felt like a regression / nostalgic nod towards past homophobia and racism rather than trying to make a point about how we might tackle it or move forward. The characters seemed pigeonholed into a singular purpose verging on tokenism, making them paradoxical. For years, queer people and POC have tried to break out of the stereotypes placed on them, and this feels like they were thrown straight back into the early 2000’s.

In terms of production value, it seemed quite amateur. The badly recorded videos of the local area, and the overly loud music that they used to cut between scenes was jarring and off-putting. During the classroom scenes, the stage was set in a way that the actors were facing away from the crowd which meant at some points they were really hard to hear. I have seen productions do a lot more with a low budget.

Perhaps this is something personal to me, but I cringe when Coventry productions drop in references to Coventry in their writing because it narrows the universality of the content and makes it feel ‘small-time’ and low budget – perhaps if they wanted to take this forward to a wider audience they might want to address these references.

Bit off more than they could chew

Altogether the overall message of the play was a little lost and spread thin as the writer tried to address too much and without much thought to how it might affect the audience. One particular example was when it came to addressing matters of sexual assault/suicidal thoughts; where one of the main characters had a monologue/scene involving rape and suicide, and then got over it in around 3 seconds flat. It didn’t leave enough space to really take stock of the enormity of the subject matter.

It should be noted that the writer is a member of the LGBTQ+ community, and so I understand their pull to want to raise awareness/become a mouthpiece for these issues, but I have to question if they bit off more than they could chew. It was summarised as a ‘loud and proud LGBTQ+ story’ but the only reference to queer culture was a deeply stereotypical look at the lives of young gay men. I think the world desperately needs more plays that address sexuality, race, identity and intersectionality, but I think it could have been done in a nuanced way, rather than such a crass, unfocused one.