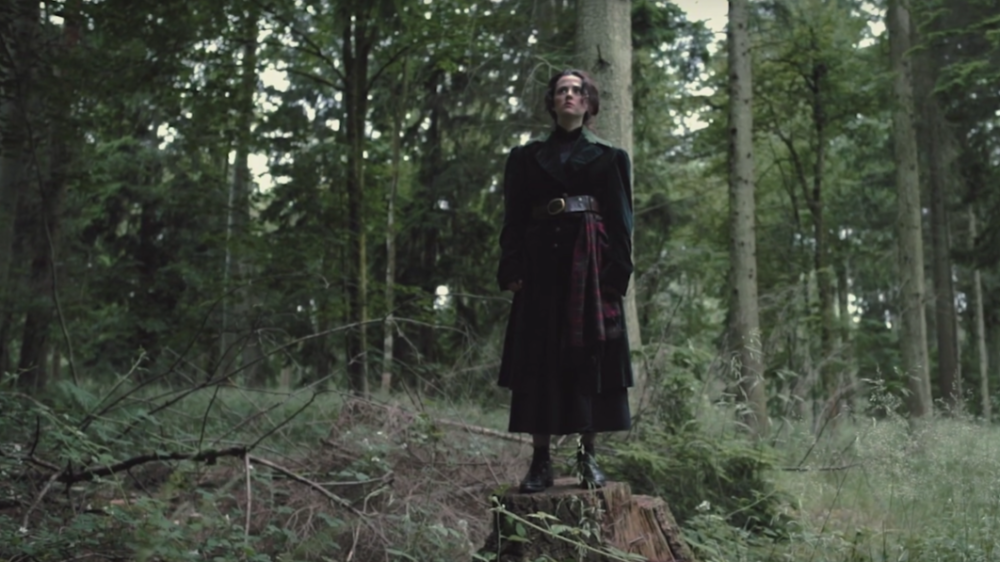 Okay, so it’s not THE Mary Shelley herself of course, but the writer of the Mary Shelley’s Frankenstein theatre production, Rona Munro. As many of you may know, I am a massive Halloween fan and an avid reader (…also I’m a little bit of a goth!) I hope you enjoy this insightful interview with Rona, and it helps give a bit of context to the play, if you plan to see it!

*This post is written to support my local theatre in spreading the word about/ advertising their upcoming production of Frankenstein, at the Belgrade Theatre.

Hi Rona, thanks for joining me! Let’s start with, what can audiences expect from your version of Frankenstein?

They’ll be seeing a theatrical version of the book as Mary Shelley intended it to affect an audience. She was only 18 when she wrote it and… she was actually trying to shake things up a bit! Both her and the people she hung out with were social revolutionaries so there’s a lot of anger in it and there’s also a desire
to change the world – which we hope to bring forward in the play.

Wow, she seems pretty awesome! Does she feature in the play itself?

Yes… she was kind of breaking the model because no-one had ever written a book quite like it! She’s a character in the play – she’s not so much a narrator but she’s got a much more active role. The book is all her voice – so I’ve just put that voice on stage with her as a character so you see the story but you also see some of the emotional journey she went through to create it.

That sounds so interesting… what was your inspiration behind that idea?

Every version I’ve seen of Frankenstein becomes about Victor Frankenstein and the Creature so you have these two very iconic male protagonists. It’s been done as a metaphor for fathers and sons, everyone talks about Prometheus and the patriarchal God, Adam the man… The thing that seems to get completely obliterated is that this came from the mind of an 18-year-old woman and a very
intelligent and talented one at that.

Do you feel as a female writer, that you bring a different take to the material?

I think it’s probably easier for me to imagine what it’s like to be an 18-year-old woman trying to write your first novel. I didn’t do it as well as Mary Shelley when I attempted things like that and back when I started out things were considerably easier for women writers than they were for her. But I certainly think it helps to have that memory of attempting similar things myself.

You’ve described the story as “the dark and rebellious roar of its adolescent author”. Can you elaborate on that?

She came from a time where people were consciously thinking about how they could change the world in revolutionary ways and challenge the status quo. It was partly out of the Romantic movement, which was a reaction to industrialisation and capitalism, and partly out of her own experience.

It was all about ‘Just because the rest of the world does things one way it doesn’t mean that we should do that too’ and constantly challenging the way society was developing. These sections of the book don’t get a lot of attention but she’s explicitly saying ‘If you ignore the weak and the oppressed and you marginalise them then they will rise up’. There’s a sense in which the monster represents that narrative.

Can you tease anything about how Frankenstein’s monster will be depicted?

What I can tell you is that it won’t be what people expect. After James Whale did the film in the 1930’s with Boris Karloff the monster became this kind of sewn-together creature with bolts in his neck. But if you read the description in the book there’s no mention of him being sewn together and there’s no description for how Frankenstein assembles the monster. It suggests something much more chemical, almost as if he was boiling corpses down and reassembling the body matter. Our monster is not going to be sewn together from bits of people, he’s not going to have a bolt in his neck and he’s not going to be animated through lightning. He’ll look utterly terrifying but he won’t look like you expect.

Why do you think theatre goers enjoy a good scare?

I think it’s because life is terrifying, the imminent inevitability of death is terrifying and the fact we have no control over the bulk of what happens to us is terrifying too. If was can find a way of expressing that terror which is manageable and controlled so we can have the sense of looking at it without it being just so gut-wrenchingly ghastly that we can’t bear it, then that is quite cathartic. That’s what I think horror offers people.

The best horror stories tap into universal fears. What are the fears that Frankenstein stirs up?

It’s that thing of not being in control of your own fate. I think not being able to escape the consequences of your own actions is also a biggie. That’s where the horror of the monster comes from because basically at a certain point Frankenstein doesn’t take responsibility for his actions and from that point on there’s no escape. It’s about relentless pursuit and you can have the illusion of escape but it always comes back to you. That’s a trope of so many horror films; just when you think
it’s all over the hand bursts out of the ground or the axe comes through the door.

What do you hope audiences will take away from seeing the play when they leave the theatre?

I hope they’ll understand a bit more about the person that Mary Shelley was. I hope they’ll be satisfyingly terrified. And I hope people who have loved the story in other incarnations will think this is a great version to add to that canon.