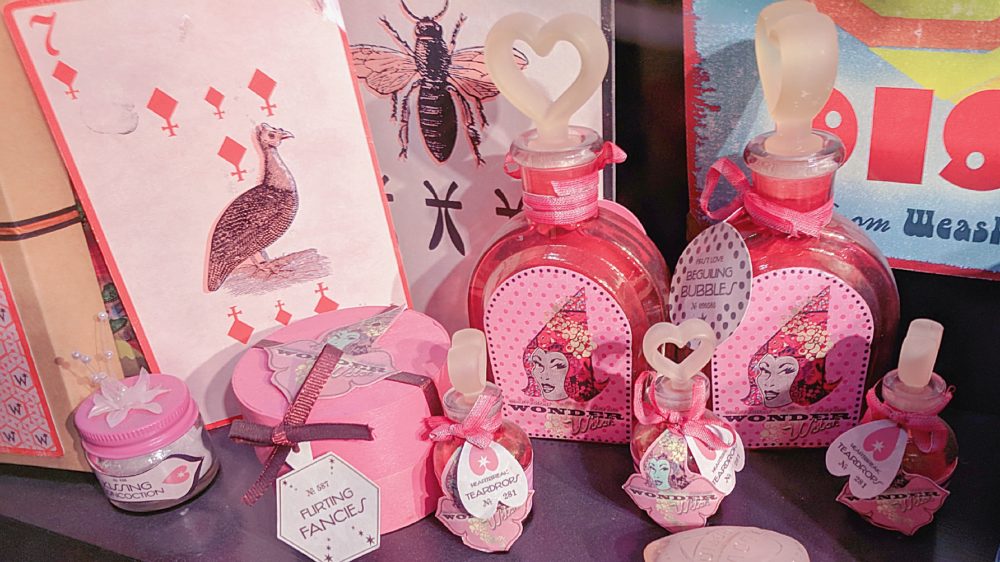 At our monthly Harry Potter Discussion Group, we always come up with loads of brilliant theories and discussions centred around a particular theme in Harry Potter. I wanted to start to use some of this for my blog posts, because it’s always super interesting and I rarely share them!

Muggle Musings started in February of this year, and since then there have been so many brilliant insights and anecdotes I never would have thought of myself. I’ve already done a little highlights post about some of our more outrageous claims but I wanted to be more focused and show just how deep we delve into the books themselves!

The Types of Love Within the Harry Potter Series

This month we reviewed the types of love that are present in Harry Potter (and in most stories.) Based in Greek theory and mythology we found there were four key types, all of which are present throughout the series. We sought out each in turn and analysed which characters represented each aspect, which portrays love well and how important it is within the books.

Philia – Love of a Friend (Brotherhood)

We are Storge (I got all my Weasleys with Me)

Storge (Store-gee), or the instinctual love which grows between families, is one of the key reasons why Harry survived for so long in the books. The sacrifice of Harry’s mother which offers him protection; the natural urge to protect Harry which Molly Weasley has when she sees him in the train station; even the way Narcissa lies about Harry’s death to protect her own son. These are all really obvious examples of Storge. One character which one member pointed out, which may be less obvious, is Hagrid. He is a perfect case of how instinctual and familial love can be the most pure. He is the first role model which Harry receives and the first adult figure that represents a consistent, unconditional love for Harry himself. 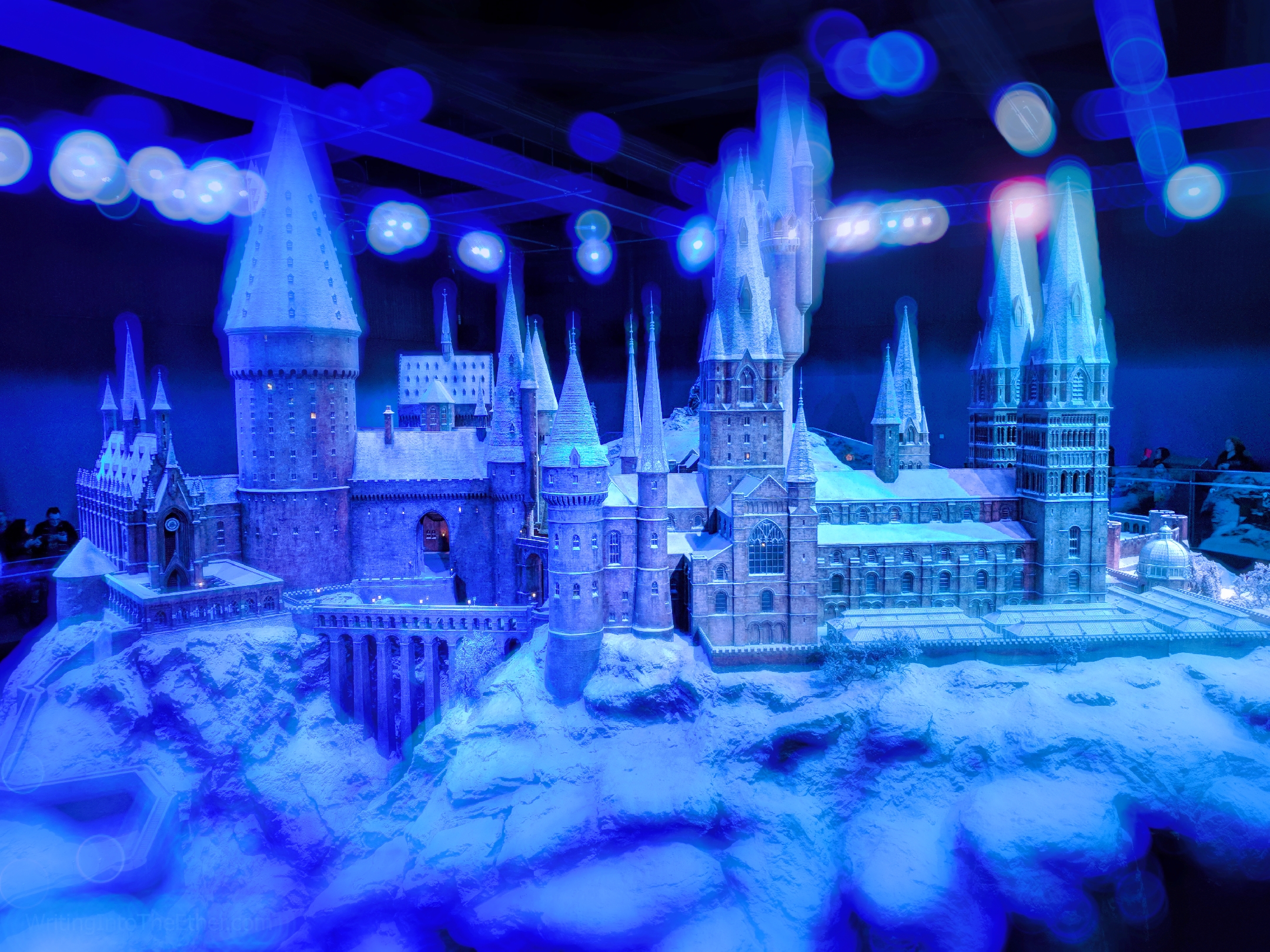 We Found Love in a Hogwarts Place

The meaning of Storge can also extend to pets and inanimate objects which become a “part” of oneself; for example, Hogwarts would be Harry’s first home and Hedwig would be his first pet. This means that on some level if those things got destroyed it would be the same loss as the death of a family member. We can see this in the beginning of Harry Potter and the Deathly Hallows, when Hedwig is the first to die in the book. The death of the pet immediately shatters all of our expectations and we feel vulnerable as readers; we know that if something as dear to Harry as Hedwig can be lost within the book, then that anything is possible. No one is safe!

What is Love? Dudley don’t hurt me, don’t Hurt me, no more.

In the books it’s clear there is no love lost between Harry and Vernon when they make to leave, but this is different for Petunia and Dudley. Although missing from the films, it’s really important to their character conclusions that Petunia and Dudley are redeemed. Dudley doesn’t seem to have the same instinctual connection (Storge) to protect Harry that Harry has for him, but by the end there is definitely a “Philia” – a brotherly connection between the two. Having lived together for so long they were bound to form a connection of some sort but this is somewhat dismissed in the films. 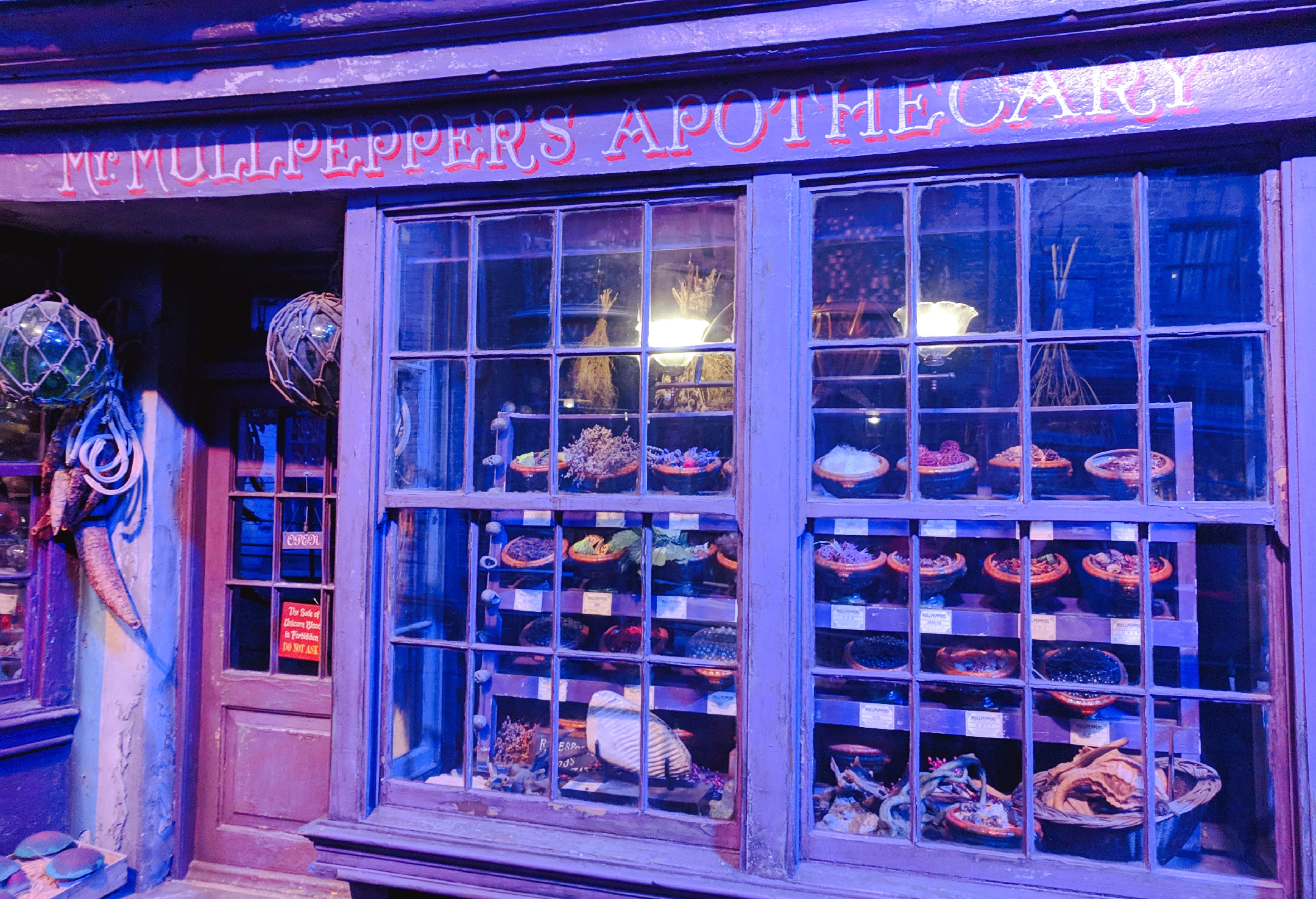 Harry forms a brotherly/friendship connection of his own with Ron and Hermione. This is often the sole reason that Harry manages to survive situations far beyond his control. The bond that has formed between these friends, and other characters (such as Neville and Luna) are so strong that they would be willing to die for one another. I am not sure how many people would be able to say they would do that for someone, but it’s clear that the presence of “Philia” is really strong and important in the series.

All you need is “Agape”

Agape (pronounced Ah-Ga-Pay) was discussed as we addressed each aspect of love in turn. We realised that in fact where we originally thought that the concept of “God Love” was absent, it could be that magic itself is something which the characters all “worship” or love in this way. For example, how awful it is to be a squib – a non-magic person amongst people who all have this power, or in some more extreme cases the hatred for muggles; those who do not share this “agape” for magic. It seems that there is a deep love of magic rooted in all wizards.

Don’t you want me, Won-Won?

Eros (or Desire) as a whole was only briefly brushed over in the books but then, these are teenagers we are talking about! In some ways, J.K.Rowling made Harry and Ron very realistic teenage boys with school-boy crushes (for example, how oblivious Harry is with Cho Chang’s feelings.) The relationships within the book in terms of Eros, are quite simple and this would be expected given the ages of the characters. However, many of us are not happy with the simplistic “everyone falls in love with their childhood sweethearts and lives happily ever after” chapter that is wrapped up the series. You can find more opinions on that in my previous post!

We briefly discussed the idea of self-love, (which I learned since is called Philautia in Greek) and where it is seen as a positive thing and a negative thing. Philautia is often referred to negatively, for example Professor Lockhart (someone whose name literally implies that he is locked within himself). He is obsessed with himself and his own self importance to the point of driving everyone he knows mad – but somehow we found this made him a really interesting character!

A more positive spin on this would be the self-love that Luna expresses. She is always very true to herself, despite peer pressures and without exception. She never seems to change for anyone else and almost appears to be on an entirely different plane of thought to everyone else around her as a product of this self-assurance and belief in her inner self. 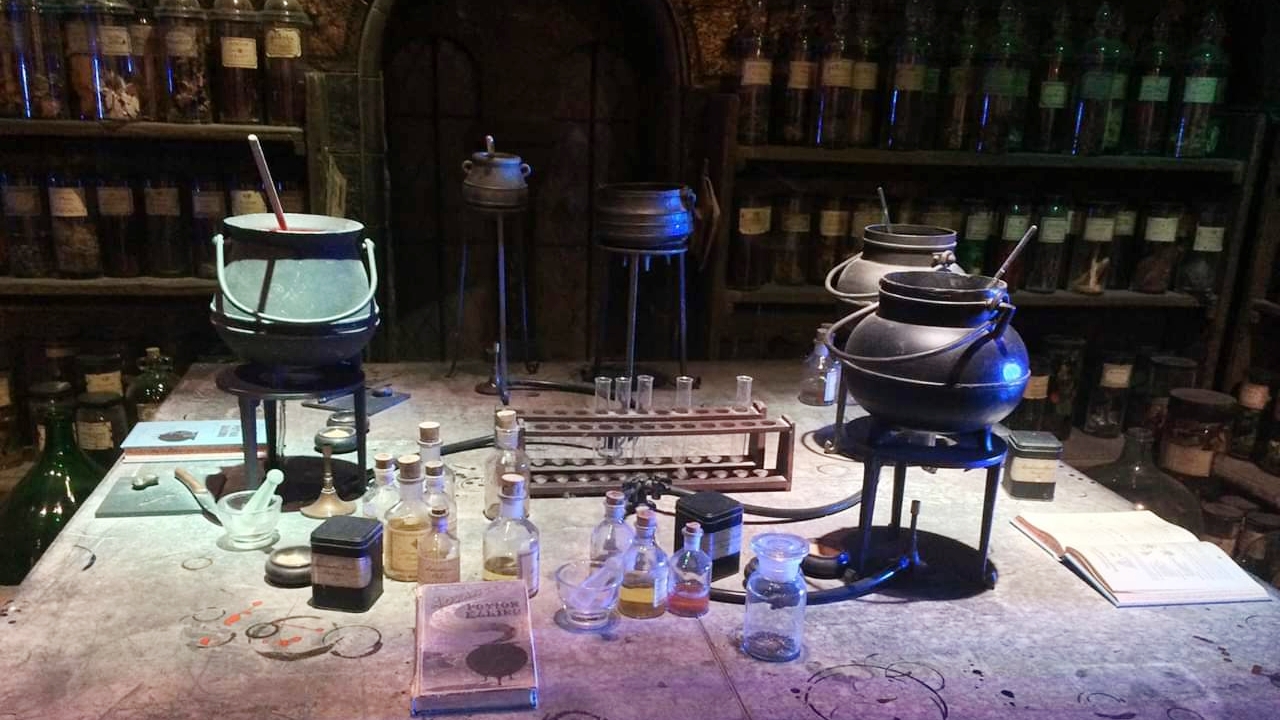 Snape was a big topic of debate for us when it came to love – many of us were not convinced that Snape’s love for Lily Potter redeemed him at the end; it didn’t make up for a life-time of bullying Harry for looking like his father! I am inclined to agree with the majority of the group here and say that how Snape acted was definitely not out of love but almost in a destructive obsessive way. He loved Lily Potter but ultimately he died for the greater good, and not for her – his love for her was a side-note and did not make up for his actions. (I am sure many of you will disagree with us! If you do, please comment below!)

Where is the Love?

Those who are considered bad/evil characters in the books, often display no feelings of love or affection to anything or a very warped and twisted image of what love is like. An example of this would be Wormtail and Bellatrix’s worship of Lord Voldemort. The servitude they endure in order to please this loveless person shows just how important it is to understand what love truly is.  Even Voldemort himself, was conceived under the influence of a love potion which again just adds to this idea that he is loveless, twisted and born into a world where love is used for manipulation. 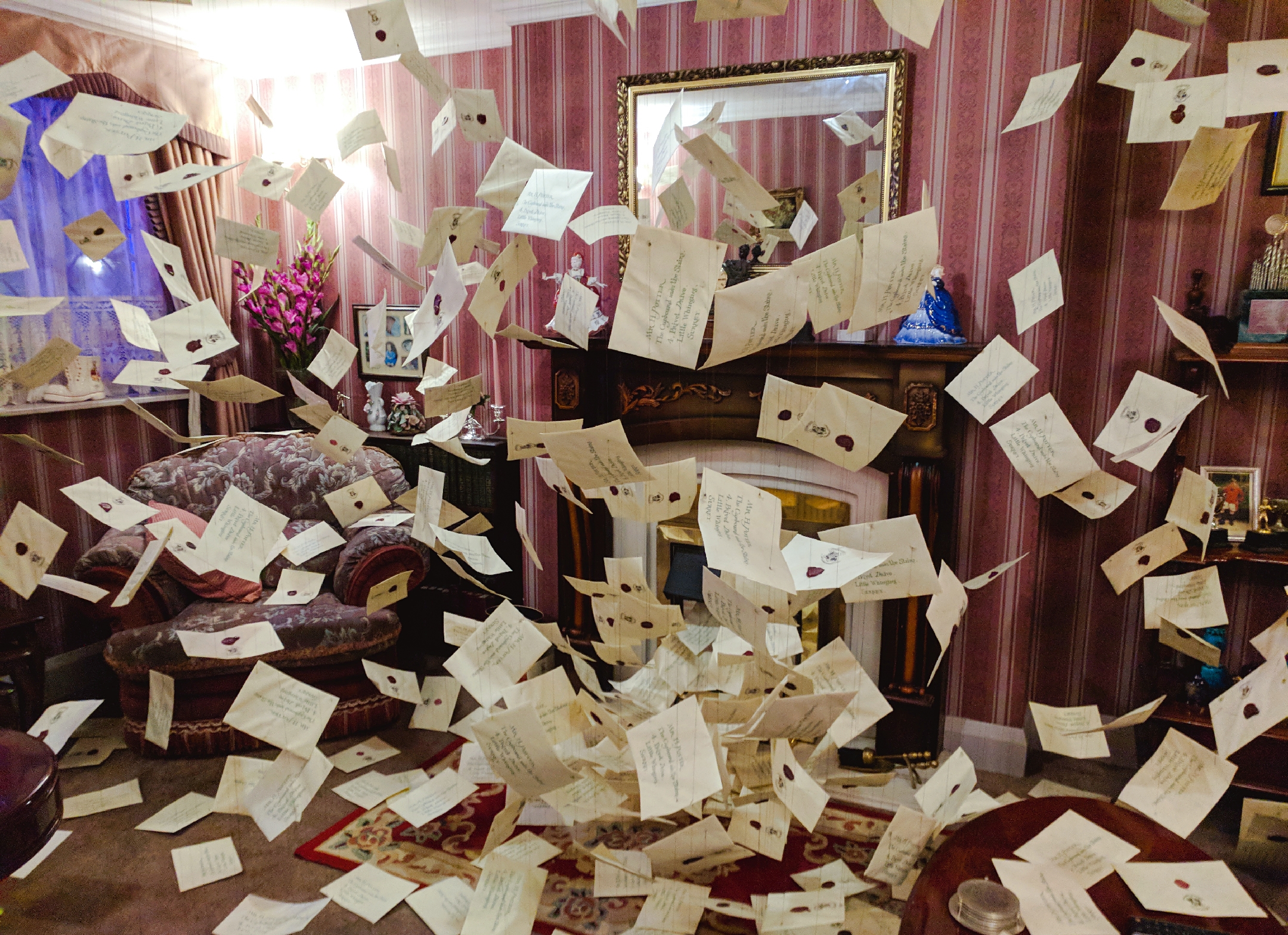 When Love Takes Over

Voldemort, someone who doesn’t know love and has never felt it, is very good at manipulating those that do. He uses Harry’s connections to lure him into thinking that someone is being hurt and get him into traps / situations. He even plants Nagini as Bathilda Bagshot in his parent’s old house, in the knowledge that Harry would go there eventually not just out of necessity but out of love for his parents. It makes Harry an easier target for manipulation and generally easy to affect since he would always sacrifice himself for his friends. His feelings of “Storge” and “Philia” make him weak and strong simultaneously.