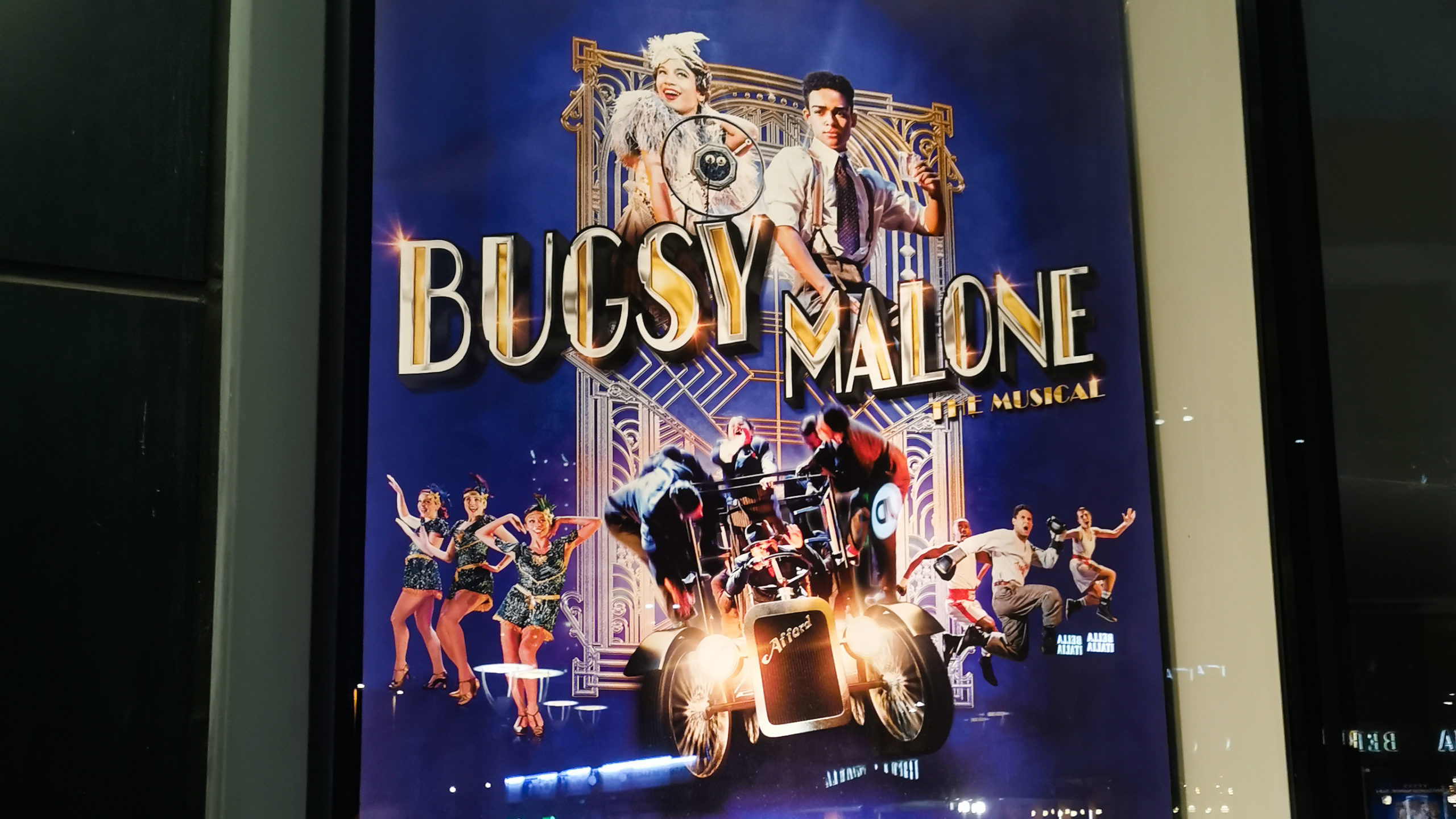 I have to admit something to you… I never once considered when reading the synopsis of Bugsy Malone before I saw it earlier this week, that it was played almost entirely by 9 to 15 year olds! I am completely new to the story and just saw “prohibition era New York” and thought… yep… I’m there!

For those who need an overview, Bugsy Malone takes a traditional gangster story filled with mobsters, showgirls and dreamers and turns it into a musical performed mostly by young people – complete with potato guns and custard pies!

If I had to sum up this comedy musical in one word, it’d be charming. The young cast were absolutely phenomenal and the whole thing was just joyful. The room was filled with laughter, incredible show-tunes and many an “Awwwww!” So many talented young actors in one space! It must have been incredibly challenging for these young British kids to put on the strong New York accents for so long and get them so consistent, let alone all the lines and dancing to remember, so I absolutely admire them for that.

The props and set were excellent – it really transported you into the era and I was fully immersed from start to finish. The stage direction was also really well thought through, and I noticed some excellent visual gags (like when Dandy Dan seemed to loom over us through clever use of shadows, and when he came through the screen he was this tiny, cute little kid!)

There was not a single moment that wasn’t completely polished too. The choreography was absolutely astounding, flawless and the ensemble were incredible. The highlights for me had to be the songs “Bad Guys” and “So you wanna be a boxer” – they were so high energy and awe-inspiring. Honestly, trying to find versions of these songs on Spotify afterwards has left me feeling unsatisfied – they were performed so much better by this case, and you just can’t recapture the energy that was felt in the room!

If you get a chance to see this show – you should! It’s definitely worth a watch! It definitely promises to be a night to remember.