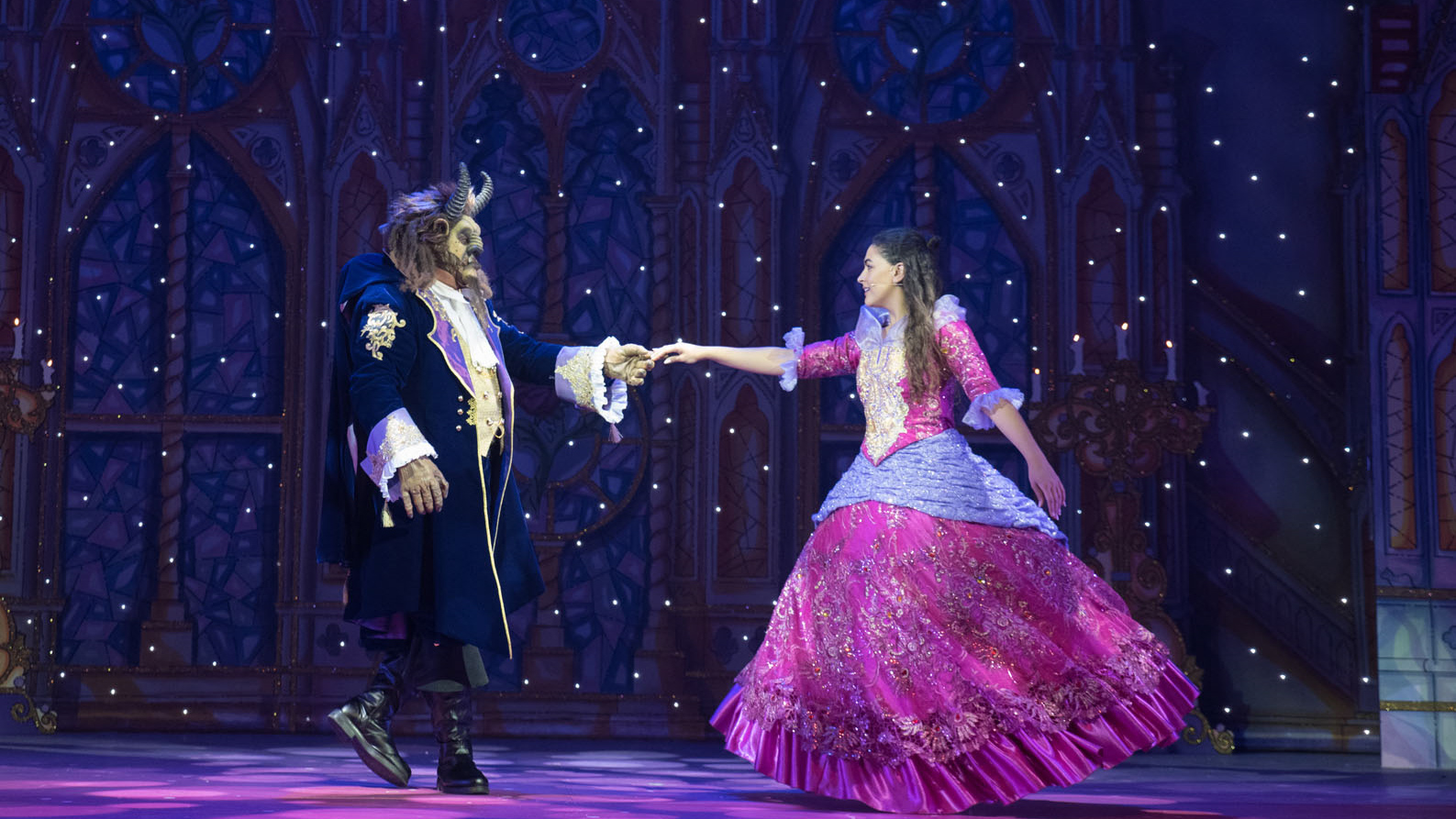 One thing I’ve always loved at the Belgrade is their yearly panto, but I hadn’t been since I was at uni (ahem… A decade ago…) So when the Belgrade invited me to their press evening for the kick off show of the panto season I shouted IT’S BEHIND YOU, and while they were distracted, I snatched the tickets.

Where do I even BEGIN with this review – it was spectacular. The music, the campy villains, the drag queen dame, the dirty jokes: it was all hilarious. In this panto there was no need for comic relief; the whole thing was a laugh from start to finish, with just sprinklings of seriousness in between!

Actually, let’s rewind a little and start with what I decided to wear! I am wearing more eccentric make up recently as I’ve been feeling more at ease with myself and, after owning these face jewels for about… 3 years, I finally used them! I received quite a few compliments on them from people. I wanted to dress up really special and traditionally “Amy” for the panto, although the dress kept wanting to pop open!

The classic tale of Beauty and the Beast was playfully re-imagined by Iain Lauchlan, almost as if from the perspective of the villagers, who saw the bare minimum of Beauty and the Beasts interactions. Although B&B were the title characters, the true stars were the four villagers – Maurice (the Gaston), grub (his sidekick), Dolly Mixture (the Dame) and Silly Billy (her son).

As it was the first night there was some hiccups along the way, some lines missed, some props manhandled… But the best bit is that rather than brushing it under the carpet and trying to ignore it, the cast emphasised their mistakes to the point where you were laughing along with them. That is the joy of panto!

In the intermission we were treated to some drinks, and I managed to take some pics with my pal Lizzie <33 It was a bit strange to be at the theatre for the first time in two years, but I can only imagine the elation the cast felt to finally be back on stage! Niall and I both felt a little nervous, and we made sure to wear our masks in the auditorium (of course, we were the minority).

Finally… THE COSTUMES. These press images do not do them justice Just the glitter alone was astounding. Dame Dolly Mixture had an incredible array of outfits all inspired by different chocolate and sweets, each one better than the last and each of them enviably not in my wardrobe. I really loved Grub’s outfit too (see below) – tbh I’d wear that every day…

The panto was brilliantly written by the incredible Iain Lauchlan and well balanced between adult and children’s humour, as always. I had such a magical night, and recommend it to anyone who needs a happiness boost this cold December! You can book tickets from Belgrade’s website.