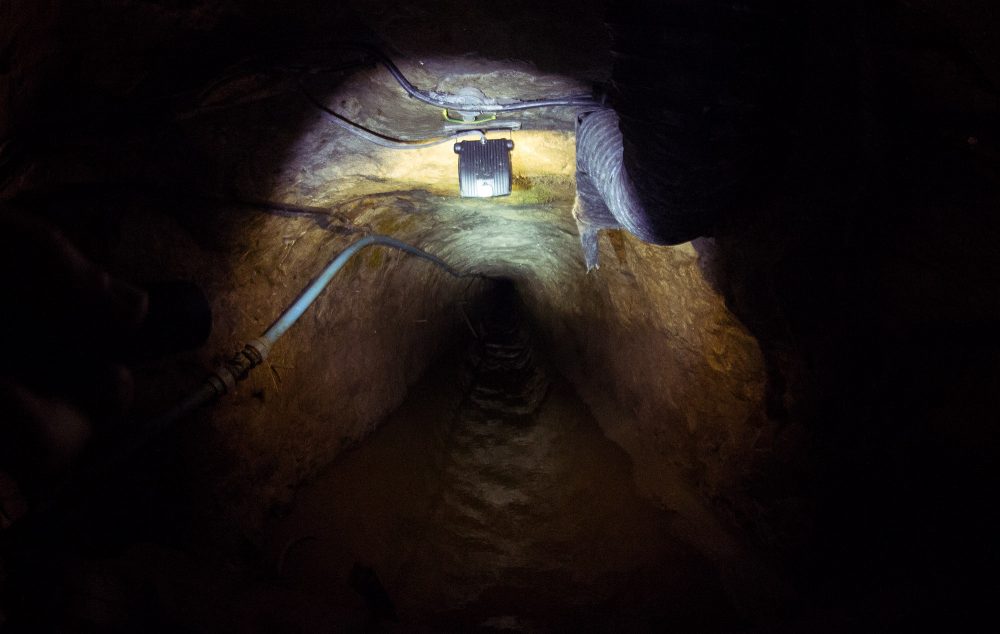 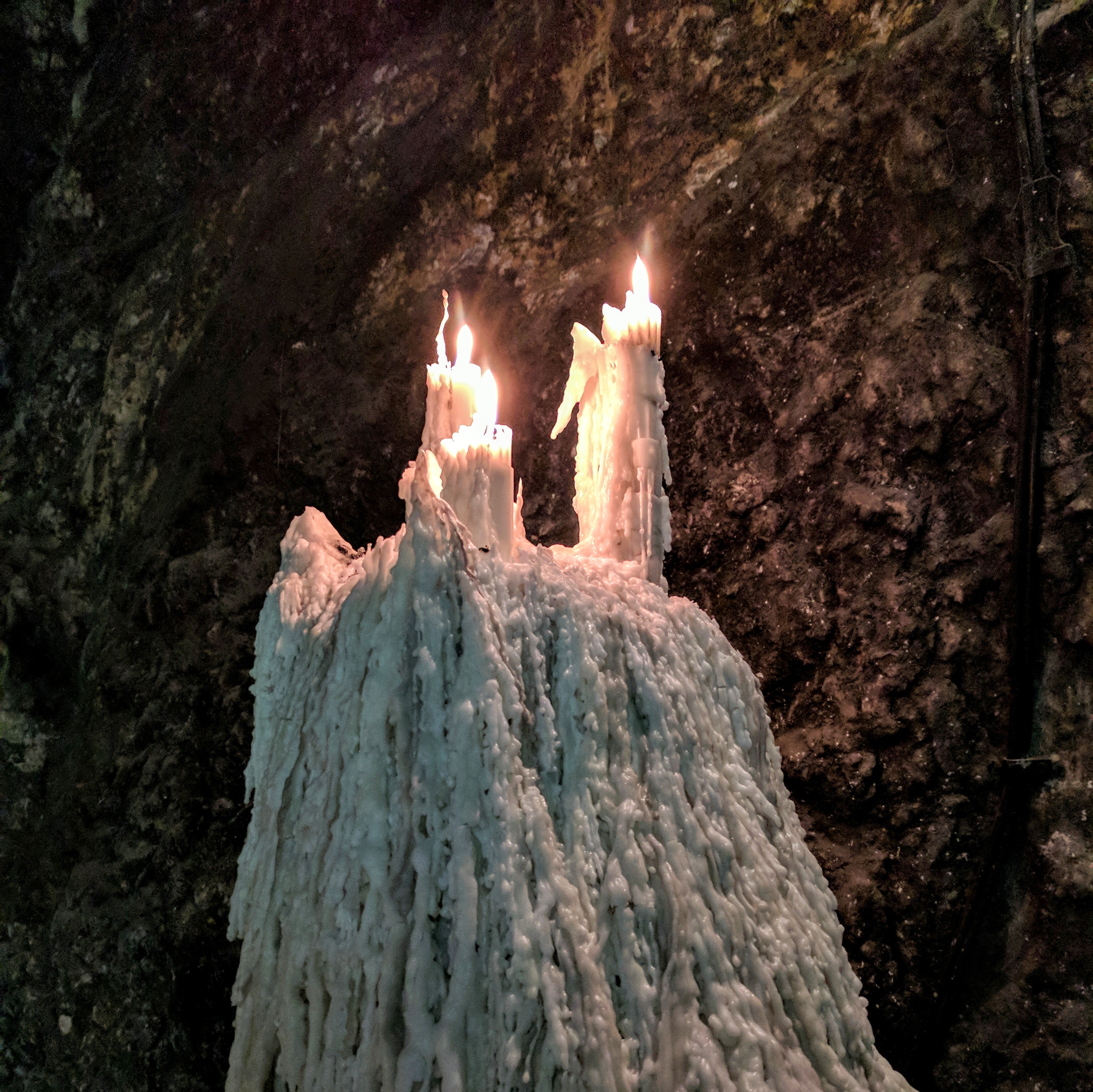 So how do you feel about that?

When encountering these deep recesses of the earth, I feel a huge dread. It’s like being dunked in ice and I feel the pressure rise in my chest. Just y’know that standard panicked feeling – mostly I just look away and avoid it where possible. Heck, it’s a surprise that I love space so much. (Although I do find it overwhelming if I think too much about the vast nothingness!)

I’d been in many caves before and many of them got me slightly nervous but because of how commercialised and well lit most caves are I didn’t get too scared – whenever there was a cave without an end or an underwater river I averted my eyes and stayed well away! This time I braved the two things I hated most – deep, dark caves and underground rivers.

The fear that Bathophobia built

As I approached the cave entrance I got super nervous – 100 steps down to the base of the cave where a boat would take us through a tunnel to an underground cavern to meet “The Bottomless Pit”. Holy effing eff. I was scared. Sweating (not just because of the stairs), panicking, going into my happy place… I clung to my partner for dear life.

We boarded the boat and I felt very wary of how much it was shaking back and forth, but the tunnel was too narrow for it to capsize which made me feel a little better. When facing your fears, you must think of the worst case scenario and then disprove it! When we had arrived at the other side (I went into my mind palace for most of the journey) my fiance encouraged me to look down into the “bottomless” river. 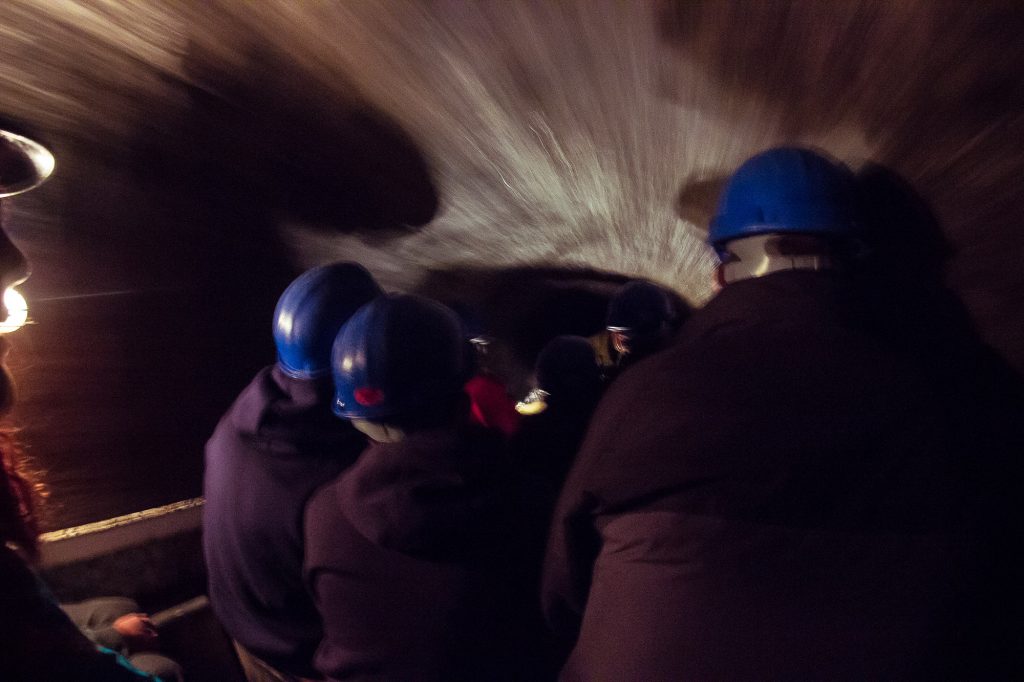 So did I conquer my fear?

Many of you may know, conquering fears isn’t black and white. I still don’t think I could go caving yet and swimming in the open sea is probably a long way off. But by the end of the trip I learned to manage my stress reactions, allowed myself time to look and address the things that made me so scared and just learned to breathe.

I think without my OH’s help I wouldn’t have even got on the boat. I’d say it’s so important to have someone you trust help you through your fears, they’ll intervene when you freak out!

A note to end…

You may have mentioned I also dropped the word fiancé into my post. He faced one of his fears, and finally got the courage to ask me to marry him – and I said yes! Eek! When you have someone who can embrace all you are but at the same time makes you want to try to face your fears (and generally be a better person), then you know that they’re the one!