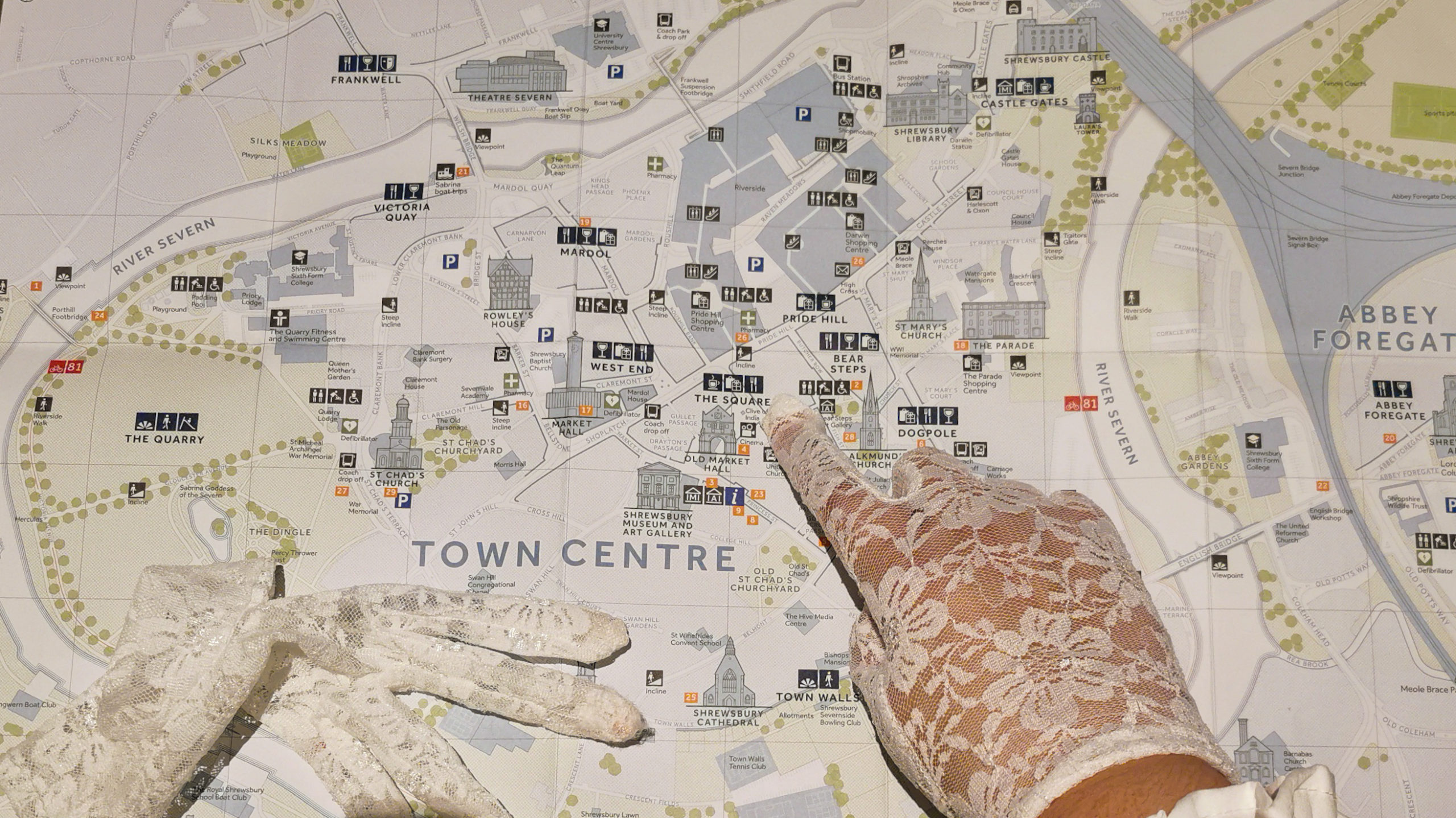 We’re on a weekend trip to Shrewsbury! <33 I am currently in my hotel having a rest and refresh before dinner. It’s been such a lovely, relaxed and touristy day today. Here’s what we’ve been up to…

We actually stayed here overnight at our friends’ house who lives just outside the main Shrewsbury town and had lovely catch up with them. It was so lovely to be able to meet my friends’ little boy, who I haven’t been able to meet due to the pandemic! We had a great night playing games, catching up and talking about D&D – of course, right up my street.

One thing that I really appreciate about Shrewsbury is that everything is really short walk from each other! It takes around 15 minutes to walk from one side to the other and there’s plenty to see in between. We started off walking up one of the side streets, pondering the artisan shops and headed to Shrewsbury Museum and Art Gallery.

Side note: I really adored this clock and spent a little time poring over it!

It was relatively small but really richly filled museum with each room dedicated to a different era of history. Plus, we JUST caught the Lego Art Exhibition on it’s last day – bonus. It was really lovely to wander around. Some of the items really inspired me to create things for myself.

We stopped for a bite to eat at a pub (Hole in’t waaarl), but I was a bit too hungry to take pictures… I enjoyed the little ginnels and alleyways between the shops and stopped to take a few photos of my outfit there. I decided to go for a pirate-esque look (I am OBSESSED with the sleeves on my blouse.)

We stopped for a doughnut at a cute little place called “Planet Doughnut” when I SUDDENLY realised the time! We were late for our Shrewbury Prison tour and it was a 15 minute walk away (oops). Still managed to stop for some photos though…

We wandered over, just owning the fact we were late – but because it was self guided and not very busy it didn’t seem to matter very much! I’d been to Shrewsbury Prison before to play D&D, with a business specialising in professional D&D setups. That was late in the evening though, and I told myself I’d come back to do the proper tourist thing one day!

We had a really cool time wandering around – Niall took the map and took the reigns on telling me where to go, which I appreciated as I was getting tired! Here were some interesting bits of information I found about the prison.

On the way back to our hotel (which by the way, is very fancy) we walked along the river Severn and enjoyed the sunset. So there you have it! A quick whistle-stop tour of day one in Shrewsbury! Tonight we’re going out to a Japanese restaurant and for cocktails! <33