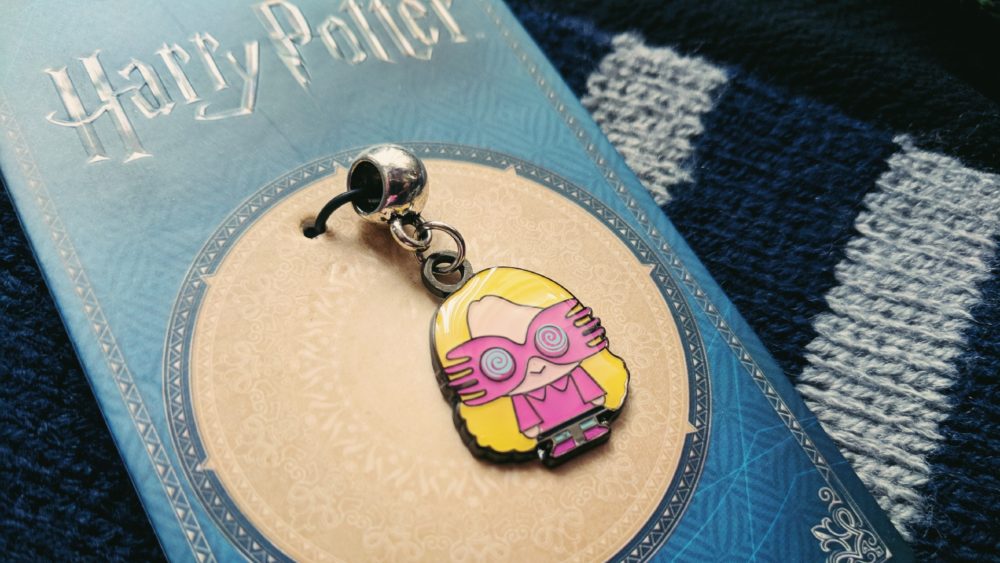 If being a Ravenclaw means being more like Luna Lovegood, then count me in. That girl is literally the fictional manifestation of all I wished I could have been during school. There are so many moments where Luna is the most perfect character in the Harry Potter series and in true celebration of her birthday (February 13th) I thought I’d write a post about just how flawless she really is.

What teen is NOT bothered by bullies? I remember hyper-focusing whenever anyone said anything nasty to me, kicking myself afterwards late into the night thinking… You should have said THIS! You should have done THAT! (Relatable, much?) Remember when Luna is wandering looking for her things, which the bullies have stolen? She just doesn’t mind at all- it was like she saw everything with complete calmness and let herself see the bigger picture. Something I can’t always manage even in my 20’s.

2. She is Incredibly Unique

Of course, Hermione was exceptional. But then, I am sure there were plenty of very bright witches and wizards sitting in Hermione’s shadow. Luna doesn’t even let that kind of thing bother her. She’s so quick witted and intelligent (Ravenclaw, obviously) but also has developed such a unique eccentricity that’s really refreshing. She also wears the heck out of whatever she wants- lion headdresses, radish earrings, you name it.

3. She’s so in tune with herself and others

“Don’t worry, you’re just as sane as I am.” Although this is meant ironically, she probably is one of the most put-together people in the school. She’s so very in tune with herself that she never falters or changes herself for anyone else. She also seems to know exactly what Harry needs; often helping him to escape, calm down or find something out. The way she sees others and the world around her from a calm and external perspective is something I really strive for.

4. Luna Lovegood stands up for herself

You know that teacher in school who barely ever raises their voice but when they do, you know you should be paying attention?  As soon as Luna shouted, ‘HARRY POTTER, YOU LISTEN TO ME RIGHT NOW!’ you knew she had something important to say. In a single phrase she commanded the attention of the panicking ‘chosen one’ who couldn’t quite grasp what it was he needed. One of many times that his friends were the only reason he succeeded… but that’s for another blog post.

5. Her Honesty is Infallible

Being nice is all well and good, but what makes Luna so brilliant is her honesty. You can’t always be truthful but “If you can’t say something honest, then don’t say anything at all.” seems better than just being nice. She’s refreshingly honest, even when talking about grief and loss (with Harry and the Thestrals), she speaks very plainly about her beliefs. Emotional maturity goals.

I think Luna is the best Harry Potter character. Do you think so? Or do you disagree? Do you think someone else is more admirable? I’d love to know your thoughts!