Angus Medford is a 25-year-old artist from my hometown (Coventry), specialising in inks, comic books and general nerd culture! Using his blue pencils and brush pens he has created artworks and commissions for over 4 years, with no sign of stopping anytime soon!

I stopped him for a chat this week as I have some of his nerdy artwork as well as some of his darker more macabre works, as it’s the month of Halloween!

What have we caught you in the middle of today?

At the moment just a quick sketch – I mostly freestyle, start drawing figures or structures and then keep adding detail until I’ve created something cool. On the flip side, I’m partial to a bit of fan art, usually based on whatever I might be reading, playing or watching!

What characters do you find yourself drawing most?

I think the first character that really got me into nerd culture was Spiderman, so I often fondly doodle him and the now bazillion other “Spider-verse” characters.  A bit of Batman… WonderWoman… Deadpool… I like remixing characters styles and costumes, usually with a kind of punk aesthetic. Most recently I did Ryuko and Satsuki from Kill La Kill, which is one of my favourite anime series.

Do you find yourself drawing these more than your own characters?

I do, as I tend to not share drawings of my own characters as much. They’re more a cathartic process for when I’ve got the blues. So characters like Stitches – a firm favourite of mine – are kind of just for me and my mental health. I can very much be my own worst enemy, overly critical and anxious.

Would you say that is the biggest challenge you face when creating?

Honestly, yes. Sometimes that can really slow me down, but the most frustrating part is it stops me from learning, improving and trying new things. Like everyone, I have good and bad days but I’ve never given up though, no matter how slow or fearfully I might be progressing!

Speaking of progress, what’s your next step?

For the past few years, I’ve been wanting to build up a big enough body of work so that I can go to cons and sell comics and prints and stuff, but time constraints (and unfortunately, confidence ones too) have made it a kind of agonising crawl. I haven’t given up though, it’s just slow going! I also have issues 2 and 3 of Maya to work on… eventually!

Tell us a little about Maya – where did you draw inspiration for the macabre nature from?

Long story short; Maya is a far-out sci-fi horror about the aftermath of physical and mental abuse (which stems from some pretty horrific instances of abuse as a kid), and Homicidal Holly is about those monstrous circumstances and/or people that create a cycle of contempt and shame (a dark mirror of my young life after my mother’s death). 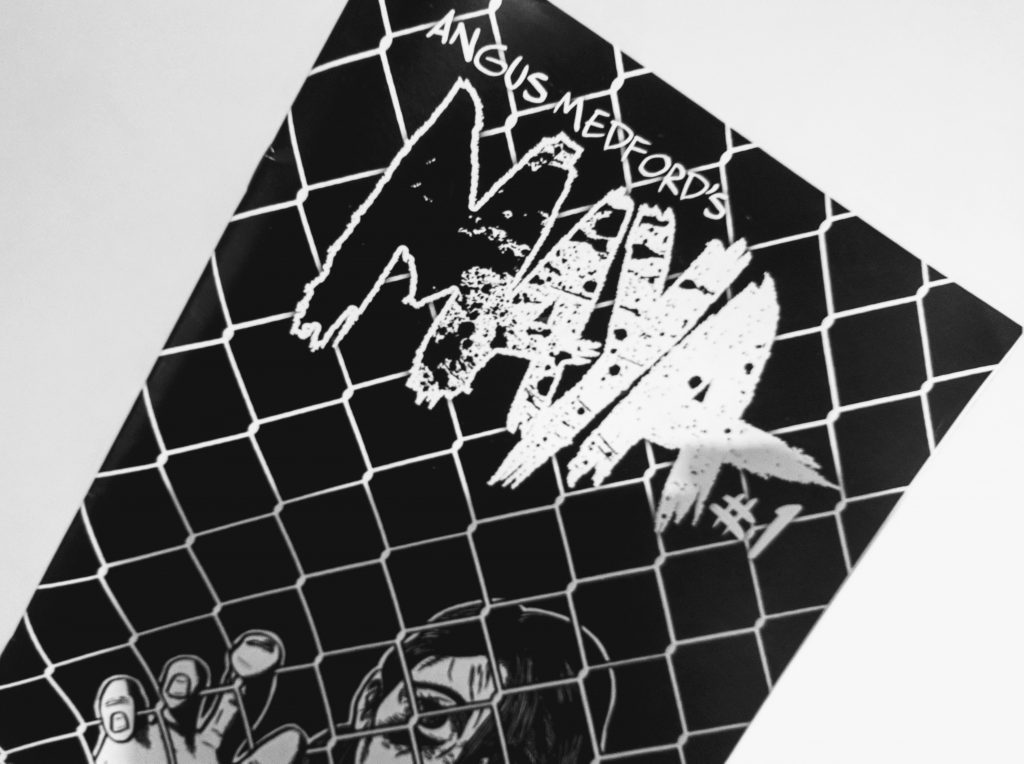 I have both of these; they’re intense and really well put together. You should be pretty proud of that?

Yeah, I would say that Maya #1 was my proudest moment. Doing it all myself from writing the script, all the way to putting the book together—I never thought I could to be fully honest! I kept pushing through, and when they were done and printed I could have cried for how nicely it all turned out! Other than that I have a few illustrations that have turned out to be pretty dope, but nothing’s trumped Maya #1 so far!

Idk if you remember but you did 2 commissions for me of Borderlands characters in 2013! How would you say your style has changed since that time?

I think my style has always been as it is, the changes over time are only from my having kept practicing and refining how I like to draw. When I look back at pieces like those (from 2013!? Times flies, eh?), I can see what I was trying to do, but now know how to better and actually pull it off!

Do you still work on commissions and requests?

I do still take commissions yeah, and getting them is like, the ultimate compliment to me… that someone can like my work enough to give me their hard-earned dosh for it? It’s almost surreal! I remember the first one I ever sold was for a humble £10 back in 2012 – my skills have improved a lot since then!

What’s the ultimate goal? Is there someone you wish you could work with?

Gerard Way has been my hero for years now, I think he’s a creative genius, and a lot of my work has been inspired by his music and comics. My Chemical Romance, Umbrella Academy, and more recently Doom Patrol. Golden stuff! I briefly met him at a very busy Thought Bubble ’17, and he’s such a nice guy too. Even if I was just that guy who did some covers to his comics, that would literally be a dream come true. Maybe one day, got aim high, right!?

To check out what Angus is up to click here for more information on his work. For commissions, and you can contact him here.

For more of my collaborations with local peeps click here. To work with me on an interview piece, email me here.